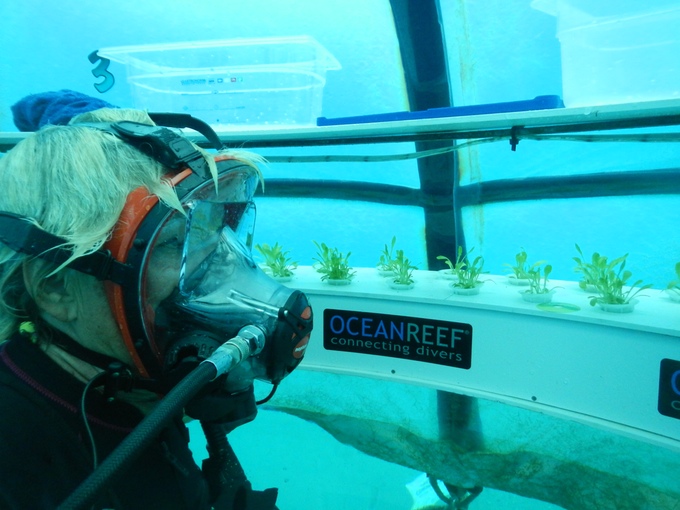 UrbanFarmist — Any first-grader can tell you that for a plant to grow it needs just two things: water and sun. With most of the country suffering through triple digit heat, it’s obvious there’s no shortage of sun, but water…well, it depends on where you live.

If you live in California, the news isn’t good. Weekly headlines from the coastal state always involve a story about its’ ongoing drought and increasing battles over water among its residents and farmers.

Farmers are in a panic as they see their crops shrivel before their eyes, and their livelihoods along with it, not to mention the farm laborers losing their jobs too. While there’s been some innovation from the tech industry and entrepreneurs, in how to bring water to the crops, nothing seems to be catching on.

When you think about it, the fight to bring water to the crops seems like an odd battle considering California has over 3,000 miles of tidal shoreline on its doorstep. Some think it would be easier to bring the crops to the ocean — and in Italy, it’s already being done. 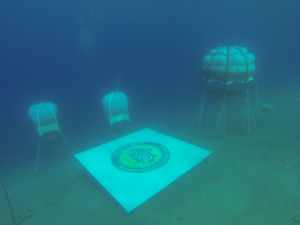 Nemo’s Garden is an underwater greenhouse off the coast of Noli, Italy. For the past three years, the brain behind the idea, Sergio Gamberini, president of the family-run Ocean-Reef Group, has been testing, along with his son and employees, the hypothesis that vegetables can be grown, fresh water and an auto-sustainable environment created — all underwater.

Nemo’s Garden is a series of biospheres, inflated balloons, underwater that for now house basil, lettuce, strawberries and bean plants. What makes the experiment so promising is that underwater temperatures are constant – no sudden heat waves or ice storms to worry about. The shape of the biospheres enable a natural cycle where the water constantly evaporates and replenishes the plants. The bonus is the high amounts of carbon dioxide, which are harmful to humans, but are actually great for the plants and speeds their growth rates. 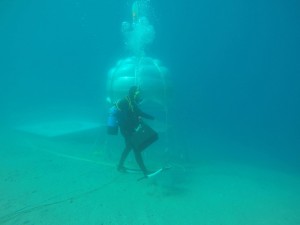 Sergio and his team have set up 24/7 streaming from the ocean floor so everyone can watch the experiment firsthand.

The idea behind Nemo’s garden is to create a way to garden without hurting the environment. Gamberini would like to see more people try their hand at growing plants underwater and so has created a Kickstarter campaign with a two-fold goal: 1. Further their study of growing plants in the open ocean and explore other uses for the underwater greenhouse – fish farming, manufacturing and collecting fresh water to bring to the surface or as a novelty activity for tourists on vacation; and 2. Create a scaled-down version of the greenhouse to fit in family aquariums for people to grow their own herbs and vegetables underwater. 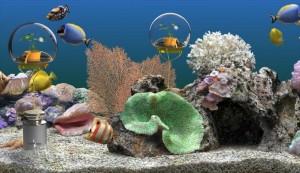 With results already promising, Nemo’s Garden illustrates how thinking outside the box — or under water — provides a refreshing perspective on an old problem.