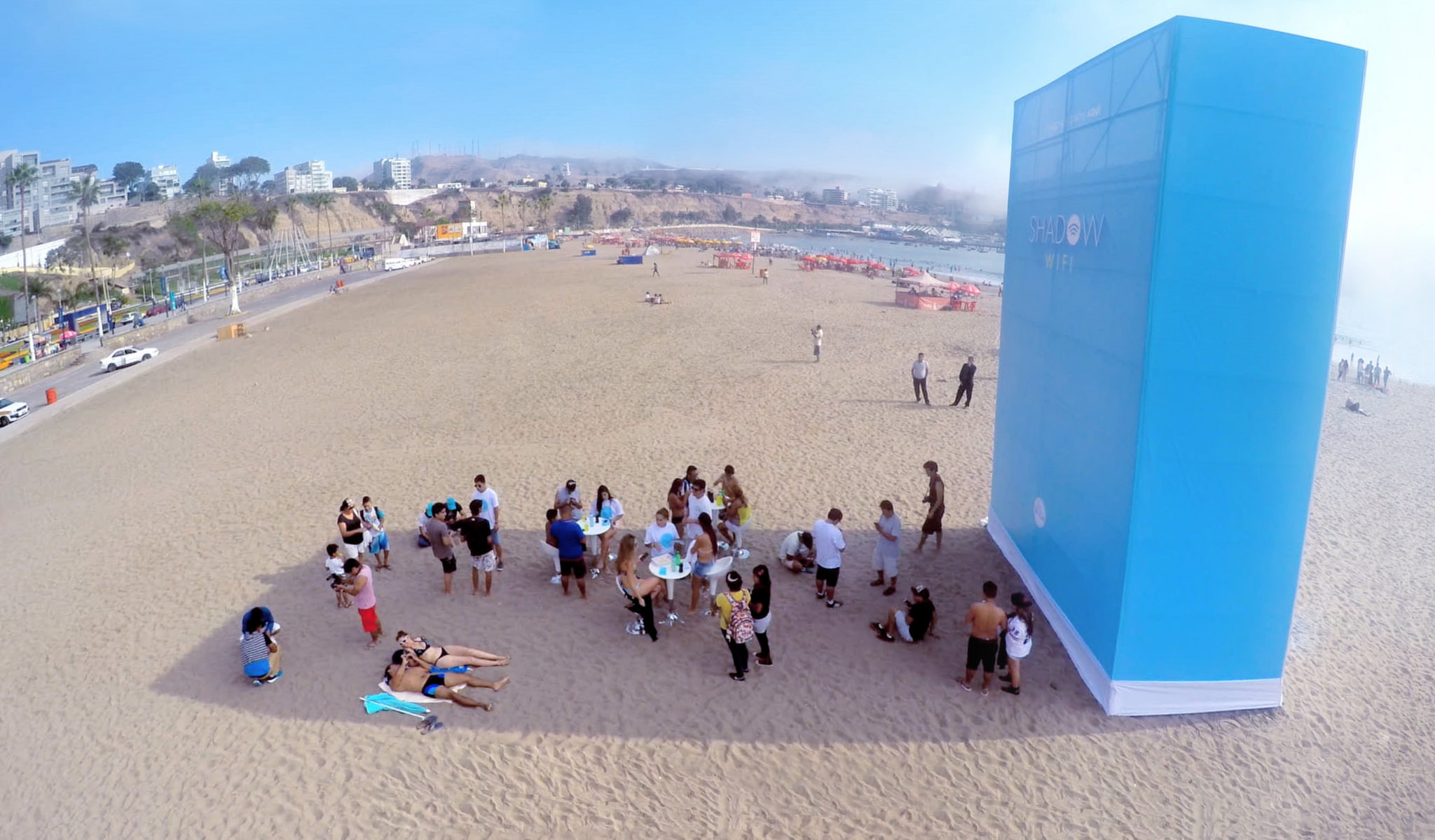 LatinaLista — The top two activities on any beach in the world has to be sunbathing and surfing social media on smartphones. The combination leaves health practitioners worried. With skin cancer on the rise — each year there are more new cases of skin cancer than the combined incidence of cancers of the breast, prostate, lung and colon — people losing track of time while on their smartphones as they sunbathe means more potential cases of skin cancer are on the horizon.

It’s a scenario that has the world’s health community fretting as to how to pry people away from their small screens long enough to seek shade and come in from the sun.

A new high-tech cancer campaign in Peru has created a very low-tech way to reward people to change their behavior when out at the beach — take away their wi-fi.

Beachgoers to Peru’s Playa Agua Dulce had to be curious seeing a towering blue box-like structure nestled on their precious sun worshipping real estate, and worst of all — casting a wide shadow. The creators of the Shadow Wi-fi structure, Happiness Brussells and the Peruvian League Against Cancer, wanted to drive people towards the shade cast by the Shadow Wi-Fi.

They found a way.

As long as the people – about 250 – were in the shade of the Shadow Wi-Fi, they had free Wi-Fi. But when the sun shifted and the shade moved, people had to move along with the shade in order to keep receiving it. 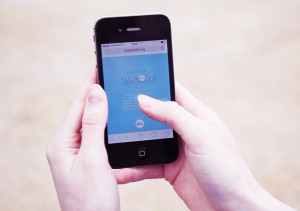 A directional antenna mounted on the structure ensured that the Wi-Fi was only delivered to the shady area. A sensor tracked the movements of the sun throughout the day, changing the rotation of the Wi-Fi antenna.

Sunbathers didn’t just get free Wi-Fi but when they logged into the network, they also received important information about skin cancer and the importance of seeking shade during the sunniest part of the day, which is between 12 and 4 p.m.

For a generation who is more apt to carry their smartphone to the beach than sunscreen, the campaign is proving to be a hit with cancer foundations around the world. Happiness Brussells has even released the software to nonprofits so they can replicate the campaign in their communities. In the meantime, beachgoers in New Zealand and San Francisco will be next to find a Shadow Wi-Fi towering over them at their neighborhood beach, with more beaches around the world to follow.