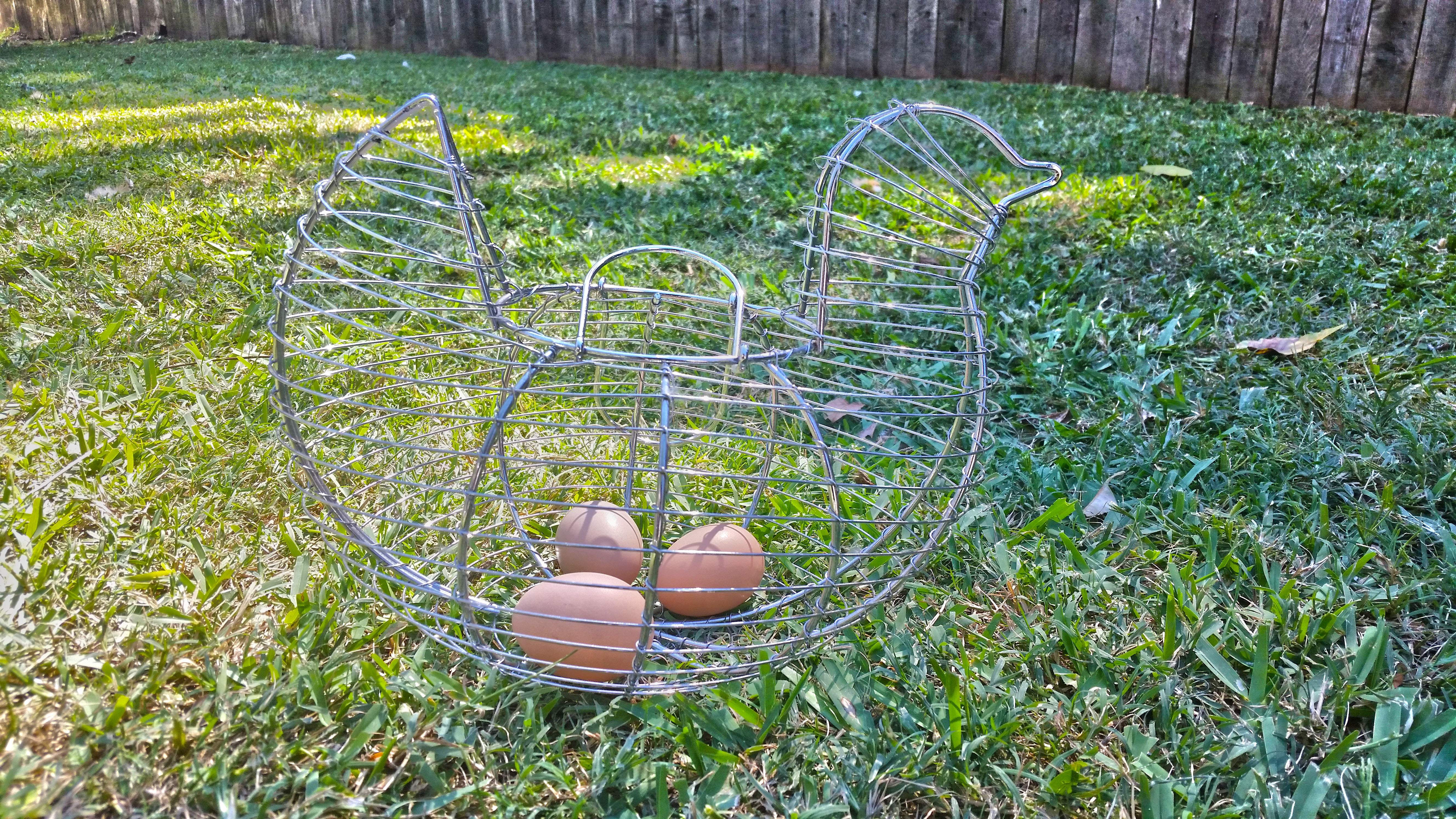 On a recent sunny Sunday afternoon in Dallas, Texas, the kids and I stepped onto a quiet neighborhood sidewalk and followed it into the back yard of a modern, two-story, urban farmhouse. To the right, an herb and vegetable garden fills the space between a concrete driveway and the privacy fence marking the property’s end.

To the left, recently planted grapevines climb a trellis surrounding the back patio. Just off the patio, a small chicken wire fence dances along the driveway opposite the garden. Beyond the fence, a small brood of hens roams about beautifully lush, green grass. There, among the hens, something catches the eye. There’s something obviously different about this chicken… quite possibly because she’s a young, female turkey named Gravy.

Gravy is a resident of Burton Farms. Her chicken sisters seem unwilling to admit she’s the odd-woman out. Chris and Erika Burton are the proud owners of Burton Farms. “We’ve had her since she was a baby,” She said. “She doesn’t even realize she’s not a chicken. Aside from the fact she likes to sleep on top of the coop while the other girls crowd inside.”

Burton Farms is one of several urban farms featured in the first annual West Side Urban Farm Frolic. This single day, self-guided tour was part of a larger, 3-day event benefiting GROW North Texas. GROW is a community food organization working to build a stronger local food system through organic gardening, cooking and nutrition education. During the event, organizers offered tours of sponsor facilities along with classes including chicken cooping, grub farming and beekeeping.

Back on the tour, Elm Tree Acres offered visitors a look at urban blacksmithing, woodworking and beekeeping. “Daddy, I keep forgetting we’re standing in the middle of the city!” My daughter Norah enjoyed being momentarily lost in a different world.

Fern Cottage Farm is a living work of art. Strategically placed 50-gallon barrels gather rain water for watering several gardens spread across the landscape. At the center of which, resides a Hugelkutur garden. Farmist Jennifer Stuart has divided the 1/6th acre farm into quarters. “I’ll keep the chickens on that side of the fence,” she said, “while I plant grass over here for the chickens to feed on. Once it grows, I’ll open the fence and repeat the process.”

Gessnerhof Farm was our final stop on the tour. As my kids enjoyed watching the chickens, I admired one of the best Hugelkultur gardens the tour had to offer. Farmist Allison Gessner has thrown her heart and soul into this space for the past 2 years. “This was my first attempt at Hugelkultur. I see what I need to do different next time,” she said, “but honestly, if I had known about it before I built these other raised beds, I would have done them all like this one.”

Overall, the first annual West Side Urban Farm Frolic was a huge success. But if you ask me, the most unforgettable part of this awesome event was getting to hold a young, female turkey named Gravy.

At Oklahoma State Capitol, Barely a Murmur of Hispanic Voices
Comment
Crowdfunder: Music and Dance In the Barrio