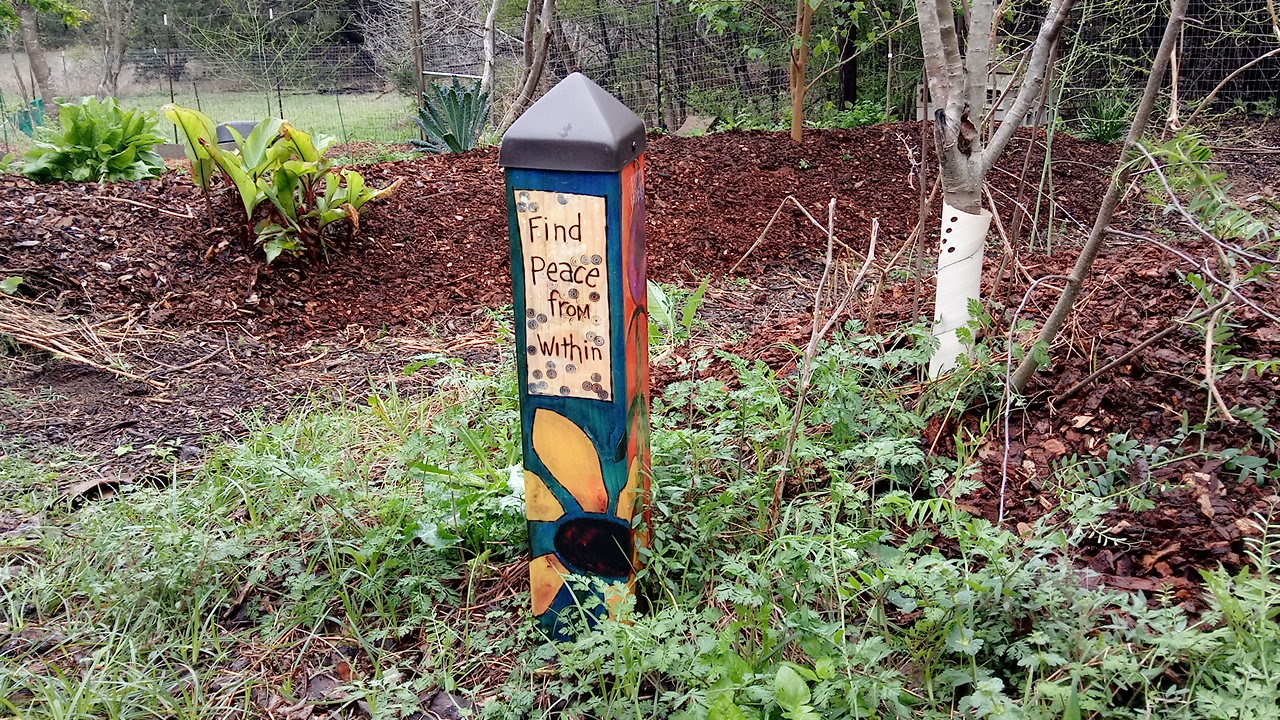 On 5 acres in Southwest Austin, nature wears away at tons of shredded trees. Chickens and guinea fowl peck and scratch among the piles. Ducks bathe in a large water container. Every day the ducks make the water filthy. Every day the owners pour the water onto a deep bed of mulch lining the coop the birds share. All the while, countless microorganisms and bugs break down the piles into rich, spongy garden soil.

A San Antonio native, Hernandez and her husband Shane bought the property to live more in balance with nature. They rely almost entirely on harvested rainwater. The couple manages more than 2,000 sq. ft. of garden space. The poultry and plants they raise contribute to a sizable portion of the food on their table. It’s like heaven on earth.

Hernandez is probably best known as the founder of an Austin institution and the largest event of its kind in the United States: The Funky Chicken Coop Tour. Every Easter Saturday since 2009, Austin poultry keepers open their backyards to the public 10 a.m. – 4 p.m. rain or shine to show off chickens and urban coops. This year, the event is scheduled April 15.

“I like to think of chickens as a gateway to gardening and composting,” Hernandez said. She grows greens to feed the chickens and their habit of pecking and scratching the compost helps it break down faster. Hernandez relied on conventional gardening methods that included tilling the soil until she saw the documentary “Back To Eden” in 2012. “Now my approach to gardening is to set it and forget it.”

The film follows Paul Gautschi who believes he’s using the simple, productive methods of food production that were given to man in the Garden of Eden. Deep layers of wood chips are an integral part of his gardens, which are designed to be sustainable, self sufficient ecosystems that support agriculture known as permaculture.

It’s called Back to Eden (BTE) gardening. Tilling is considered destructive to the networks of life that live in harmony with garden plants. Weeds are easily pulled out, root and all. Plants grow bigger, faster, and are more productive. It’s like heaven on earth for plants.

Hernandez found the film so compelling she earned a permaculture certificate in 2013, started using permaculture principles in her garden the following year, and visited Gautschi’s Puget Sound area farm in 2016.

Most gardeners know that 3 to 4 inches of mulch on a layer of soil decreases water loss, protects roots, and reduces weeds. The BTE method takes this principle to a new level.

To make a BTE garden, cover the garden area with several layers of corrugated cardboard. Next, add 3 to 4 inches of compost or rich soil. Cover the area in an 8- to 12-inch layer of wood chips. Top with more compost, manure, or rock minerals and wait a season before planting.

The base layer helps retain moisture and keeps any weed or grass seeds from growing into the garden from the bottom. Compost adds microbes, fungus, and worms to jump start the process of turning the various layers into a fertile, soil ecosystem. The wood chips provide a place for an explosion of life to take hold. The shredded wood also provides a structure that’s resistant to compaction, retains moisture, and keeps oxygen flowing to plant roots. As the wood chips rot, rainwater flows through, percolating a tea rich in nutrients into the lower layers. The process builds soil at an astonishing rate and encourages plants to burst into life.

“To me, it’s just a marvel to see,” Hernandez said. “It’s like time lapse on steroids.”

Hernandez started putting her spin on BTE when she realized pouring poopy duck pond water into a thick layer of wood chips was a far better use of resources than dumping it on the ground like most duck keepers do. Duck water can saturate bare ground, potentially causing soil compaction and wasting the nutrients in duck poop. It also stinks, a mix of stagnant mud with a hint of open sewer. When poured into a BTE garden, the smell is hardly noticeable and the nutrients benefit the community of life that’s converting wood chips into soil.

She’s in the process of building a new 700 sq. ft. BTE garden that includes duck pens. Every day Hernandez will pour the poopy duck water out into the mulch bed. Every day, she’ll move the ducks to a new part of the garden to make sure the whole area benefits from the duck water treatment. After about a season, the garden will be supercharged with nutrients and ready for planting.

The ducks will then work their sloppy magic in a new area, constantly adding to the process of building soil and helping to grow food. For Hernandez, it’s her South Austin paradise.

Featured Photo: A series of BTE berms and swales, a permaculture technique used to slow and capture water during rain, produce soil while providing a fertile place for small trees and perennial plants to grow. The vegetation in the foreground, mostly hairy vetch, is a cover crop that adds nutrients to the soil and prevents erosion.