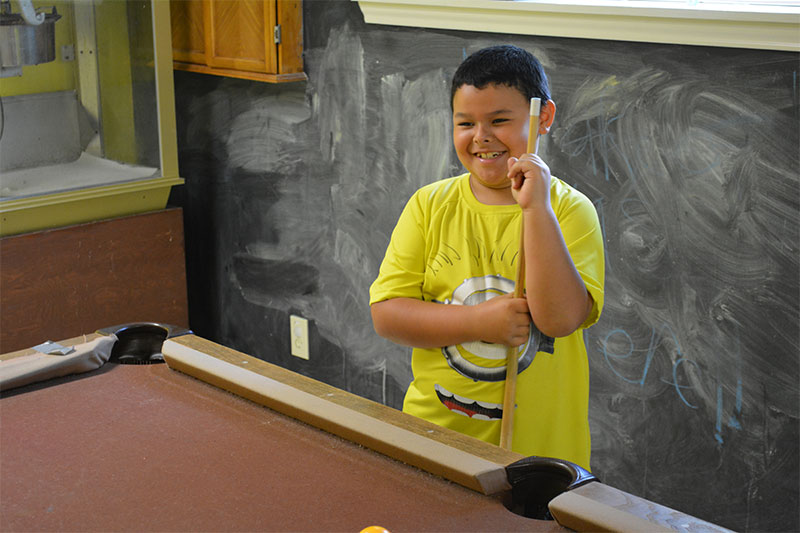 Stability can be hard to come by for the one in four San Marcos youth living in poverty and the more than 100 children a year housed in an emergency shelter.

“We have the only emergency shelter for children in Hays County and a high percentage of those kids have been removed from the home for abuse or neglect,” Warner said.

In a city named the fastest growing town of its size in the United States by the U.S. Census Bureau for three years, twenty-five percent of the youth population live below the poverty line, according to City Data.

The Greater San Marcos Youth Council shelter has space for 16 kids. Fourteen occupants is considered full capacity for the shelter, as two beds are reserved for additional youth brought in by local law enforcement. During their stay, the kids are assessed by the GSMYC while a CPS caseworker reviews their options, said Warner.

“They could end up in foster care; someone could adopt them; if they have drug issues they may end up in rehab; if they have behavioral issues they may end up in residential treatment… that’s determined more by the caseworker,” Warner said. “We’re just that first stop after removal. We’re a place that’s safe where they can be treated with respect while a caseworker decides their next step.”

This focus on providing a safe haven for children in need is shared by the people at PODER Learning Center, an extension of the San Marcos Housing Authority, which operates as a learning center and community center where school-aged youth and adults in San Marcos can find support and encouragement. PODER stands for Providing Opportunities, Driving Educational Results.

“PODER is the kids’ safe house,” said Kelly Salas, a former PODER employee. “With the kids I’ve met, they’re born into a bad situation and you would never even guess when you first meet them.”

Maria Calcaben is the resident service coordinator at the San Marcos Housing Authority who revamped the program in 2009, adding structure and stability. 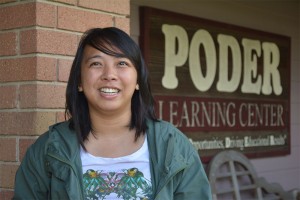 “Kids thrive on structure,” said Calcaben. “There are kids that really struggle and we try and focus on them.”

The San Marcos CISD offers a summer feeding program at PODER for all youth 18-years-old and under. Michael Boone, associate director of Child Nutrition Services for San Marcos CISD, said the program is important.

“These may be the only meals the kids receive during the day and it’s important to feed the kids who can’t feed themselves,” he said. “Just because it’s summertime doesn’t mean kids aren’t hungry.”

Meghan Grant, 23, eats lunch with her three young children, Dreyden, Leah and Charlotte, nearly every day at PODER. She said the meals give her family a boost and allow her to use her financial resources for other needs. 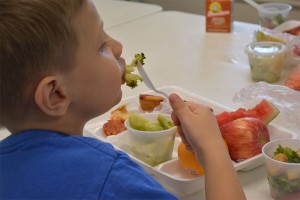 During the summer, PODER stays open for youth to enjoy lunch and activities with peers. A few of the school-aged children are currently working on a project involving women in history on the new $10 bill.

Twelve-year-old Ana Reyna is working on the project and said she loves PODER because “it’s always fun.”

With the help of the resources at PODER, Reyna was able to pass her STAAR test this past year.

“Ms. Maria used to help me a lot, even when PODER was closed,” said Reyna. “They helped me do my homework and work on the STAAR test.”

“We do have a lot of educational programs, but I try and mask it to make it fun,” Calcaben said. “I try and incorporate education with hands-on activities.”

“PODER means possibilities for them – opportunities they might have not known about,” said Calcaben. “We try to provide anything that they are lacking.”

children, featured, poverty, San Marcos, Texas
Previous Post PadreCare: When searching for Adult Daycare for loved ones, look for those that "have a heart for helping elders"
Next PostGuatemalan millennials create Candidatos.gt to inform voters about upcoming presidential election but need funds to finish

PadreCare: When searching for Adult Daycare for loved ones, look for those that "have a heart for helping elders"
Comment
Guatemalan millennials create Candidatos.gt to inform voters about upcoming presidential election but need funds to finish