LatinaLista — Journalist Richard Prince noted in his Journal-isms blog that the use of “Obamacare” to negatively refer to the President’s Affordable Care Act appears to have been accepted into the mainstream vernacular and is showing up more and more in the leading newspapers of the country though spokespersons for the majority of the papers claim the term is still a pejorative. 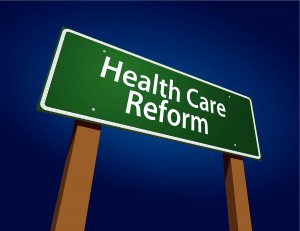 “We treat ‘Obamacare’ as a political descriptive. On the news side, we take care to use the term only in direct quotes, not as shorthand for the healthcare law passed in 2010. When we cite ‘Obamacare’ in news stories, we often note that it is used by critics in a derisive, derogatory or pejorative manner.

“Most of our references to ‘Obamacare’ — in nearly 150 print items since 2008 — have appeared in editorials, guest opinion pieces and letters to the editor.”

As Prince additionally notes, President Obama and his team are trying to turn the negative connotation of the term into a positive one by emphasizing that he does care. Whether or not that is bought by the American public who remain neutral on the issue remains to be seen, but a new survey released today underscores the fact that acceptance of the term, and the new law, is drawn along racial lines.

American Pulse released a survey today that shows who is optimistic for the Affordable Care Act and who remain skeptics.

Minority groups appear more optimistic of the benefits, while Whites remain skeptical. 71.7% of Blacks somewhat or strongly agree that the Obama Administration’s healthcare plan will benefit the majority of Americans, according to the latest American Pulse™ Survey. A majority of Asians (61.9%) and Hispanics (54.5%) share this opinion while Whites (36.4%) are less likely to expect benefits for all citizens. Further, minorities are more likely than Whites to say that healthcare reform will improve the quality of medical services in the U.S.

Yet, there is room for consensus.

Despite the differing opinions over the benefits of the program, most Americans agree that employee benefits should not be controlled by the government. 64.1% of Adults 18+ somewhat/strongly disagree the government has the right to decide what healthcare services companies offer to employees. 68.0% of Whites support this position along with 47.6% of Hispanics, 42.8% of Asians and 40.8% of Blacks. Fewer Americans of each ethnic group believe the government has the right to mandate appropriate healthcare services for organizations.

Healthcare is described as a human right and until there is an equitable distribution of quality services not based on income or insurance, it would seem that federal intervention is the only way to jumpstart health care reform based more on common sense and less on profits.