LatinaLista — The juvenile antics of the GOP in setting terms for raising the debt ceiling and their continuous sparring with the President and Democrats over the issue can’t help but be seen as a stark predictor of how things will go if comprehensive immigration reform should ever reach a vote in Congress. 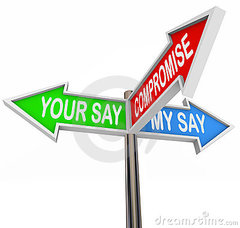 The debt ceiling debate is a clear example that the GOP is willing to go to absurd lengths to accomplish their #1 goal of making Obama a one-term president. So far, since the elections when the House of Representatives became majority Republican in the 112th Congress, the effort to block and deny the President has been too obvious.

The 112th Congress is on pace to be one of the least productive — as measured by votes taken, bills made into laws, nominees approved. By most metrics, this crowd is underperforming even the “do-nothing Congress” of 1948, as Harry Truman dubbed it.

From January through May, 16 bills had become law — compared with 50 during that period last year, or 28 in 2007, also a time of divided government.

The Senate has taken 84 “yea and nay” votes, the House 112 — roughly half the number as in 2007. The Senate had confirmed a little more than half of the administration’s nominees; recent Congresses typically have been near the end of the list by this point.

…The 50 bills passed in the first five months of 2011 represent the fewest in more than 15 years. Republicans’ anti-government rhetoric translated into a schedule intended to keep lawmakers out of Washington. The result: fewer days in session and fewer votes.

With this kind of behavior, it’s obvious that the GOP will never side with Democrats on immigration reform, and possibly even the DREAM Act, since their goal is not to govern but humiliate and discredit this administration at every turn.

The bigger point now is not that the GOP won’t compromise but that Obama knows that this is the reality. So, appearances at national Latino conventions, inviting Hispanic groups to the White House, speeches about the future of immigration reform and the DREAM Act are only ways to keep Latinos engaged long enough with this administration until the 2012 election — “smoke and mirrors” strategy maybe?

The idea that the administration will get that bipartisan support they always say they need to pass comprehensive immigration reform and the DREAM Act is, well, we just have to look at the debt ceiling debate to see how the two sides compromise.

It’s clear that though Obama may be sympathetic to passing immigration reform and the DREAM Act, and I don’t doubt that he is, it’s just not going to happen under his watch unless a miracle of biblical proportions happens in DC.

So, the President needs to start talking straight to the Latino community about the realistic chances of passage of both immigration reform and the DREAM Act, and revisit using his executive powers to alleviate the suffering caused by indiscriminate deportations, denials of asylum, implementation of Secure Communities program. Legal ways, that don’t need a congressional bill, must be evaluated that will bring 12 million suffering people out of the shadows.

In doing this, Obama would force the hand of his opponents to act, even if it’s reacting. And finally work could begin on reaching a compromise on a situation that is compromising the lives of too many people.

If Obama does this, he just might be in the Oval Office to sign an immigration reform bill — and win back the Latino voters, who by the day, are becoming more disillusioned with his administration.