Calling out the Obama administration’s cruel practices for deporting immigrants 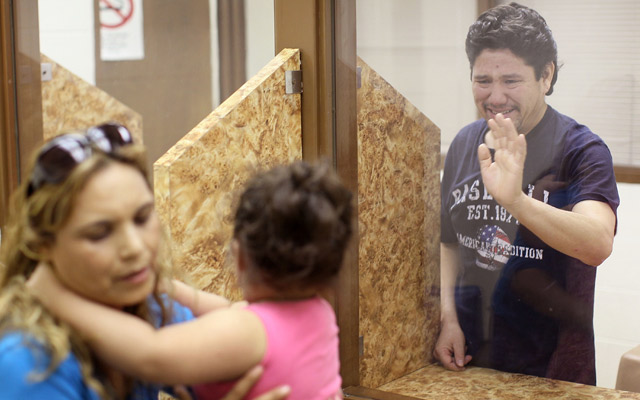 LatinaLista — Since 2009, more than 1.5 million people have been deported. Reports have surfaced over the months detailing how the Obama administration has deported more undocumented immigrants than any of his predecessors. In fact, his administration’s zeal for deporting immigrants has some wondering if he’s the ally in the fight for immigration reform as he proclaims.

In addition to deporting more individuals — and some cases are in direct conflict with what he promised that only criminals would be deported — the method of the deportations has always alarmed immigration attorneys and immigrant advocates. Now, more organizations are calling out the administration to stop these harmful practices.

The Washington Office on Latin America, WOLA, released a multimedia package today highlighting four deportation practices that are putting migrants in danger. These practices are especially egregious when the deported migrants are children or young adults who grew up in the U.S. and have no knowledge of Mexico, and in some cases don’t even speak Spanish.

Communication with the Immigration and Customs Enforcement (ICE) branch of the Department of Homeland Security — those responsible for the deportations — has been historically poor between agents and anyone who has wanted information regarding deportees or detained migrants.

So, it’s not all that surprising that there’s no communication between ICE and anyone at these destinations in Mexico who could receive the deported and help ease what is a very emotionally traumatic situation and keep the deportees away from preying cartel members so that these newly arrived migrants don’t end up murder victims or new recruits.

In addition to explaining why each practice hurts migrants, WOLA also features a short video interview with a deported migrant who explains what happened to him when he was deported to the other side of the border.

While some will debate the “rule of law” when it comes to these deportees, there’s no justification for any of these practices.

They are cruel acts which only exemplify a sad attitude that exists in this department. These acts need to either be stopped or changed so that the lives of these men, women and children aren’t put in danger unnecessarily.

Brazilian architect transforms one favela from ugly to beautiful, transforming residents in the process
2 Comments
Video: Afro-Cubano ballet dancer impresses the world with his style, prowess and grace