Latina Lista: News from the Latinx perspective > Palabra Final > Politics > Conservative pundit says immigrants’ rights are not Civil Rights. Who is she kidding?

Conservative pundit says immigrants’ rights are not Civil Rights. Who is she kidding? 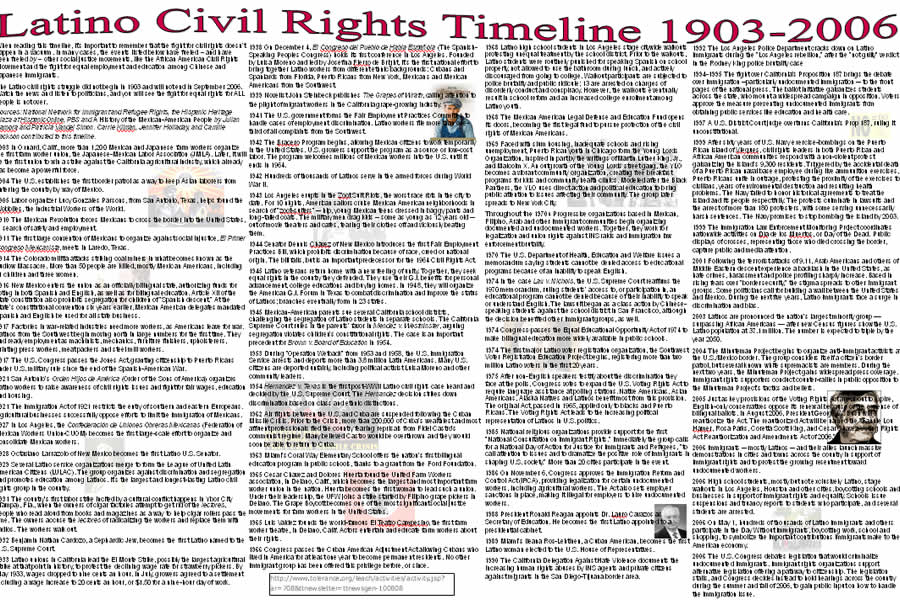 LatinaLista — No Sunday TV viewing is complete without watching the Sunday morning pundit roundtables. It was a nice surprise to see Jorge Ramos as one of this week with George Stephanopoulos‘ panelists. Of course, it was to recognize the new ABC/Univision partnership and Ramos’ recent interviews with Romney and Obama, but it was nice to have someone there who was speaking from firsthand knowledge rather than making assumptions.

It just so happened that another guest on the show was Ann Coulter. An extreme conservative who can have an acid tongue, Coulter was holding back from her usual demeanor of being totally disagreeable. She probably thought the more she smiled and wasn’t too combative people would buy her new book, which she shamelessly hawked.

Yet anyone with as many strong opinions as Coulter can’t keep quiet for too long, book to sell or not, and that’s what happened to Coulter. In her book, which I have not read, she makes a statement that Stephanopoulos referred to where Coulter says that immigrant rights are not civil rights.

Coulter, author of the new book “Mugged: Racial Demagoguery From the Seventies to Obama,” also argued that groups on the left, from feminists to gay rights groups to those defending immigrants, have commandeered the black civil rights experience.

“I think what — the way liberals have treated blacks like children and many of their policies have been harmful to blacks, at least they got the beneficiary group right,” Coulter said. “There is the legacy of slavery and Jim Crow laws. We don’t owe the homeless. We don’t owe feminists. We don’t owe women who are desirous of having abortions, but that’s — or — or gays who want to get married to one another. That’s what civil rights has become for much of the left.”

When asked whether immigrant rights were not civil rights, Coulter responded, “No. I think civil rights are for blacks… What have we done to the immigrants? We owe black people something. We have a legacy of slavery. Immigrants haven’t even been in this country.”

Coulter goes on to say that Democrats are now dropping Blacks and moving on to Hispanics because there’s more Hispanics.

Listening to her rationale, I was struck at how differently I see the issue of civil rights.

For me, civil rights doesn’t belong to one demographic. It may be more closely identified with African Americans but only because the injustices were so brutal, blatant and have lasted so long. But civil rights belongs to anyone living in the United States who suffers the injustices that are characterized as civil rights violations.

The idea that it can only be the domain of one group doesn’t make sense, especially as that group matures politically, professionally and socially. What will happen to that day when African Americans reach that stage where they no longer have to worry about discrimination, racial profiling, etc. (Hopefully, that day will arrive)

Is this to say civil rights dies? Yet, history shows that when one ethnic group matures and achieves equal assimilation, another group takes its place.

Coulter’s argument underscores how she views the reality that exists in this nation — through a very narrow lens, which has always made it easier to make up your own stories about how history should be written.