LatinaLista — No matter where he turns these days, President Obama is being soundly rebuked for his administration’s immigration enforcement policies. It doesn’t seem to matter what policy changes are issued from Washington because reports from immigrants, immigration lawyers, and immigrant advocates out in the field always tell a different story than the one Washington seems to envision. 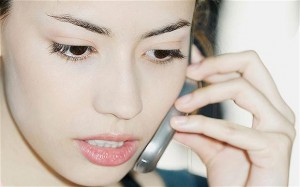 Maybe it’s that disconnect between reality and intention or maybe the administration finally realizes that not everyone who works for the Department of Homeland Security is on board with their changes but, whatever it is, news today that Immigration and Customs Enforcement (ICE) is establishing a hotline for people who are detained “if they believe they may be U.S. citizens or victims of a crime” sounds like the White House wants to have more of a direct line with people victimized by a flawed system.

U.S. Immigration and Customs Enforcement (ICE) today announced new measures to ensure that individuals being held by state or local law enforcement on immigration detainers are properly notified about their potential removal from the country and are made aware of their rights.

The toll-free hotline, (855) 448-6903, will operate around the clock and staffed 24/7 by ICE personnel. For those callers who don’t speak English, translation services in several languages will be available from 7 a.m. (EST) till midnight every day. The information from callers will be collected by ICE personnel and relayed to the “relevant ICE Enforcement and Removal Operations (ERO) Field Office for immediate action.”

At first glance, this new hotline seems to streamline the process and make it more transparent and easier to make someone accountable when and if the system breaks down. However, some have their doubts.

“It is not enough. The mere fact that the U.S. Citizen needs to call this hotline means that they may already have been unlawfully detained,” said Bryan Johnson, New York immigration lawyer and partner at Amoachi and Johnson, PLLC.

“More significantly, the most egregious ICE violations against United States citizens have been when the latter are already in ICE custody. Bottom line: a Law Enforcement Agency cannot be expected to regulate itself,” Johnson said. “A concrete check on its power must be in place in order to ensure that detainees’ due process rights are not violated. A hotline is simply inadequate. Nothing short of a 6th amendment right to counsel in the immigration context will be adequate especially in detained cases.”