Latina Lista: News from the Latinx perspective > Palabra Final > Diversity > Diversity is more than a concept — it’s what we are as a nation

LatinaLista — At no other time in our country’s history is our population more diverse but as two stories that have emerged over the last several days illustrate, no one still really grasps the importance of diversity. 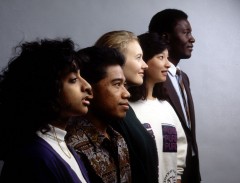 To those who don’t understand diversity, the word is nothing more than a federal mandate for employment hiring, school admissions or scholarship selections. Of course, those who lose out in these selections wag the finger and complain that those who trumped them for these coveted spots didn’t deserve them.

To others who don’t understand the concept, diversity means nothing more than achieving a “racial balance.” Yet, no thought is given as to why it’s important to have that balance within an organization or campus.

Diversity has greater ramifications than satisfying any federal mandate or employment/school balance. It is hoped that with a truly diverse workforce/school campus people will, if they don’t become more tolerant of people different from themselves, will at least become informed and learn about one another in a “civil” environment.

This learning about others different from ourselves hopefully opens the mind to such a width that there is an increased sensitivity to how we talk about and to one another; a greater appreciation of our differences and of those elements that make us more alike to one another; and an enlightenment that our shared patriotism for the same country unites us all in a special brotherhood and sisterhood.

Unfortunately, that’s just not the case — still yet.

That point became painfully clear when an ESPN editor wrote a headline about Asian-American basketball player Jeremy Lin that cost him his job because of the ethnic slur used in it. The editor swore it wasn’t intentional and, in fact, said he used the word “at least 100 times in headlines.”

It’s an ironic situation that ESPN finds itself in since the company will be the recipient of the Corporate Leadership Award handed out by the T. Howard Foundation at its annual Diversity Awards next month.

For a company that is being recognized for its diversity initiatives, one would expect more from its employees — like knowing what words are considered offensive to certain races.

It may have been unintentional. After all, the guilty editor is only 28 years old and it’s possible he didn’t know the negative connotation of the term he used. Yet, he knew enough to use it.

The lack of diversity reared its ugly head yet again, when it was revealed that Academy Award members who vote on the Oscars are overwhelmingly white and male.

A Los Angeles Times study found that academy voters are markedly less diverse than the moviegoing public, and even more monolithic than many in the film industry may suspect. Oscar voters are nearly 94% Caucasian and 77% male, The Times found. Blacks are about 2% of the academy, and Latinos are less than 2%.

Though this year’s Oscar nominated films reflect a better variety than in years past, one can’t help but imagine what kind of diversity is possible among the nominees if the voting members were more diverse themselves.

If it was the case, then maybe Latinos and blacks wouldn’t get so giddy over having one Latino actor, Demián Bichir, and one black actress, Viola Davis, among the leading actors/actresses nominees this year. If diversity had been present before now, imagine how many other actors and actresses of color might have been included and recognized for their talents as well.

If diversity was as commonplace and accepted in today’s society as it should be by now, then there would be no question as to which words not to use when trying to convey an admiring compliment to someone or ensuring that a list of the nation’s movies truly reflect the viewing habits of all Americans.

If diversity was truly understood then people would get why it matters.