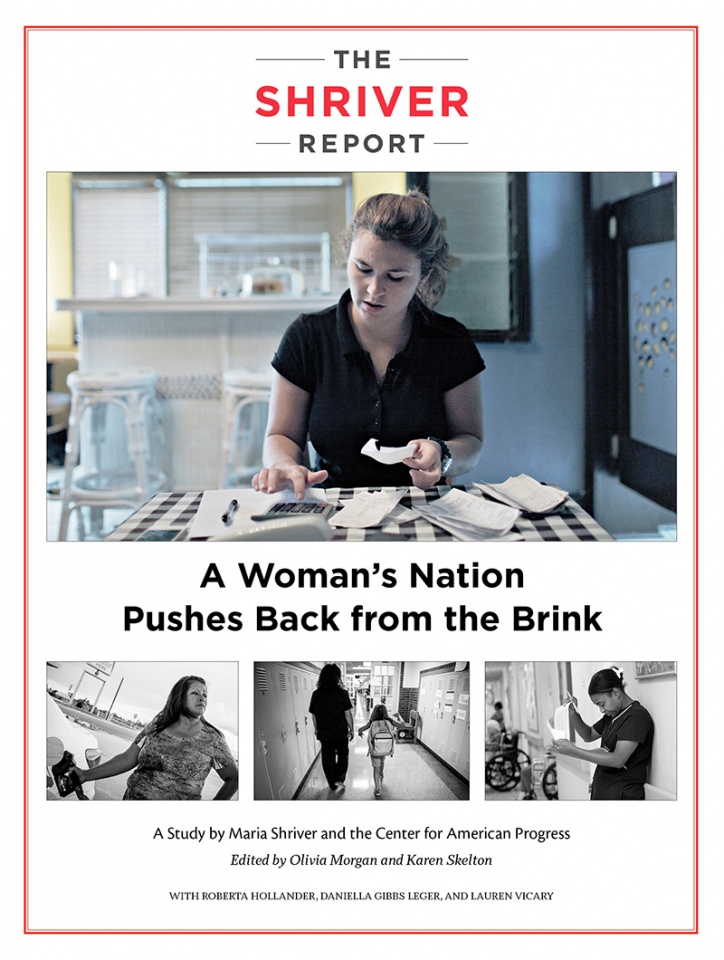 LatinaLista — Maria Shriver, the ex-wife of California’s governor Arnold Schwarzenegger and a member of the Kennedy family, appeared on NBC’s “Meet the Press” yesterday to talk about her nonprofit‘s latest report, A Woman’s Nation Pushes Back from the Brink, when the show’s host played a clip of Sen. Marco Rubio criticizing the nation’s 50th anniversary on the war on poverty as an abject failure.

It was the wrong clip to play.

Shriver’s father, Sargent Shriver, was the man appointed by President Johnson in 1964 to lead the war on poverty. As the younger Shriver pointed out, contradicting Sen. Rubio, the war on poverty wasn’t a complete failure. In fact, over the following ten years from when the program was initiated the poverty rate fell by 43 percent.

…When the war on poverty was funded, it was a success,” Maria Shriver said. “When the money was diverted to the war in Vietnam, it lost its momentum. But programs like Head Start, Vista, job corps, legal services for the poor, the people that benefited from those programs, I don’t think (they) think it was a failure…”

Yet, as Shriver’s report clearly shows the impoverished are still suffering in this country and more women are acutely feeling the brunt of an economic stranglehold that has too many of them praying that they can just hang on for another day.

According to the report, the sad reality is:

Shriver explains that one of her main goals in releasing the report is to not only talk about the state of women in today’s economy but especially low income women.

In addition to the disturbing statistics, the 400-page report also features essays, policy recommendations and firsthand accounts from women suffering through uncertain times.

A not so surprising finding of the report is that among the more than 3,000 surveyed, many had a very positive outlook and believed things would get better for them but, at the same time, many had the kind of regrets that only comes with hindsight.

The report underscores how a big driver of women being a part of the “working poor” is income inequality.

The Institute for Women’s Policy Research (IWPR) analyzed income inequality and found that the poverty rate for women would be cut in half if women received the same pay as men.

In a nation where 50.8 percent of the population is comprised of women, and poverty, depending on the circumstances, can follow a woman into her senior years with poverty among female seniors almost double that of men, the national conversation this report strives to evoke is a first step in addressing a core flaw of our society — and one which both sides of the political aisle can be blamed.

The report is available for free download until January 15.

Mixing it up: Inserting Spanish language into English text needs a watchful eye
Comment
Video: Puerto Rican astrophysicist set to inspire next generation to reach for the stars with new science show