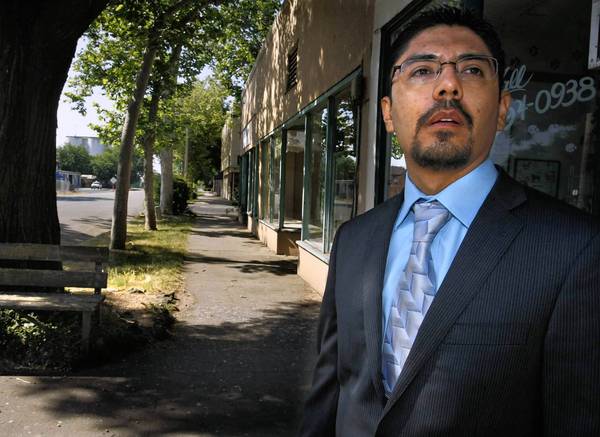 If you remember, Sergio was the young man who came to the US at a young age, put himself through undergrad and law school, took the California bar, passed it and was just getting ready to practice law when his license was revoked and the Dept. of Justice (DOJ) was challenging his wish to practice law.

With Gov. Brown’s action, Sergio can now fulfill his last dream – to practice law. On his Twitter page, Sergio writes:

It’s wonderful to wake up in a California where the American Dream has been restored and our hands untied, CA we will not disappoint you! 🙂

Needless to say, not everyone was happy for Sergio. Aside from the DOJ, an editorial in the Dallas Morning News questioned the decision to allow Sergio to achieve his dream.

I understand that California legislators and Jerry Brown are trying to move the ball forward, but this measure puts California way, way too far ahead of the debate over comprehensive immigration reform. It’s like picking up the football in between downs and placing it over the goal line before the referee has whistled for play to begin. You yell touchdown and start cheering and doing an end-zone dance, but everyone else on the field is left scratching his head and going, “What?”

Reading this, it makes me wonder if Robberson thinks anti-immigrant laws enacted by state legislatures, like Arizona’s SB1070, do the same thing in putting Arizona, and other states like it, “way, way too far ahead of the debate over comprehensive immigration reform.”

In fairness, both types of actions would fit Robberson’s presumption but there’s a glaring difference – one reinstates an element of the debate that is too often ignored – immigration laws aren’t just about policy, they’re about real people.

In Sergio’s case, a real person who has already proven he has much to contribute to this country.