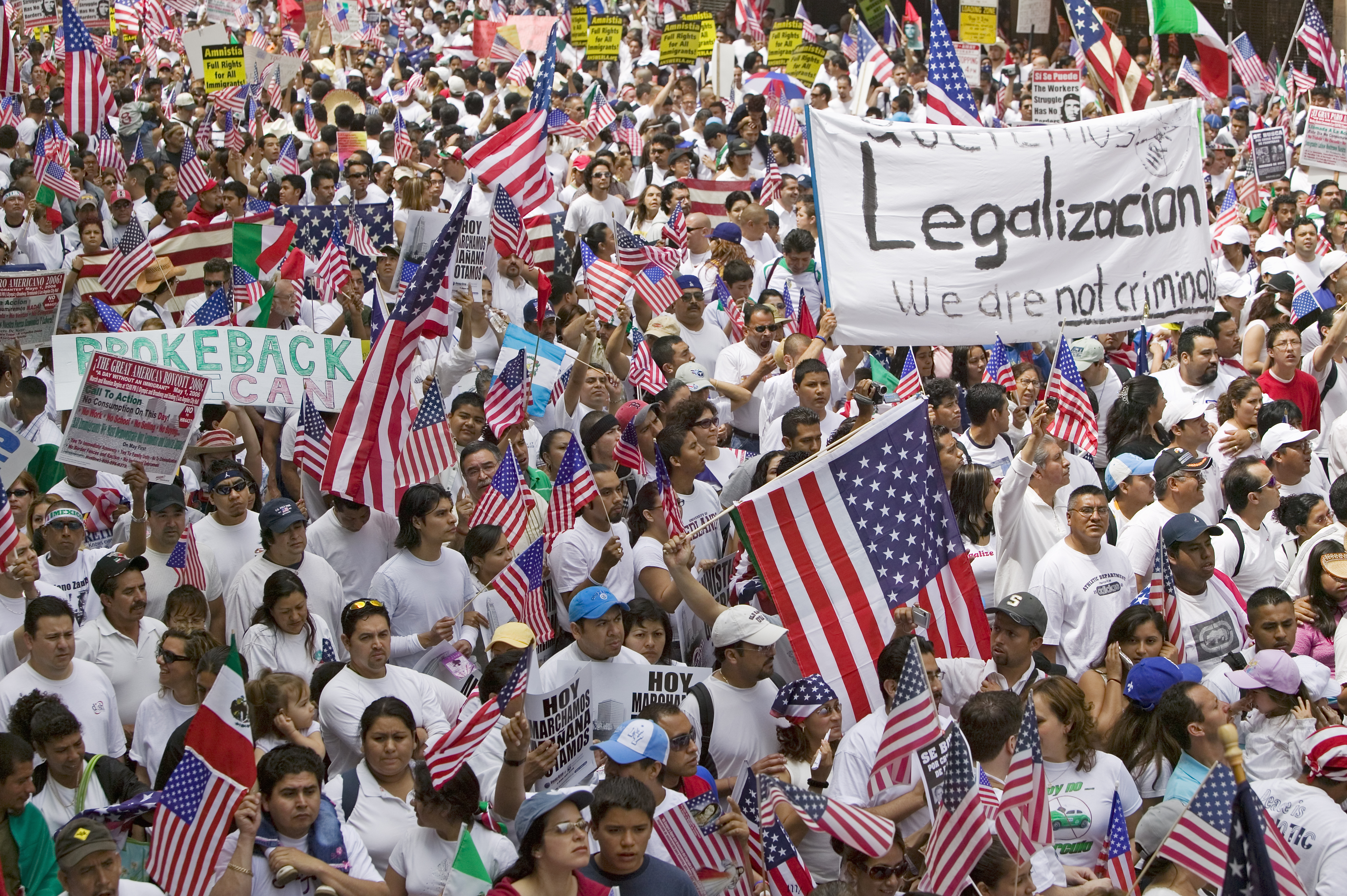 LatinaLista — Tomorrow, the House of  Representatives is supposed to finally tackle the issue of immigration reform, a sharp thorn in the sides of many in the GOP.

While the Tea Party-backed legislators are smug in their confidence that the debate will die on the House floor, there are some in the party who have been forewarned that their political careers may die along with it if that happens.

A poll released today by Public Policy Polling found that 7 House Republicans would face a backlash at the voter booth back home if they voted in the negative.

Voters in CA-10 (Jeff Denham), CA-21 (David Valadao), CA-31 (Gary Miller), CO-6 (Mike Coffman), MN-2 (John Kline), NV-3 (Joe Heck), and NY-11 (Mike Grimm) all say they would be less likely to vote for their Congressman next year if he opposes immigration reform. Voters in those districts also say they will be inclined to punish the Republican Party more broadly if the House GOP does not allow immigration reform to move forward.

Yet, now some who have advocated so fiercely for immigration reform, and most importantly the legal recognition of 11 million people, are having their doubts as to whether a bill that calls for ‘overkill’ border security is something that deserves passage.

I think it still does.

As long as there is no law in place, no matter how flawed, it will remain ‘open season’ on undocumented immigrants. The latest tallies from the Transactional Records Access Clearinghouse (TRAC), a research group at Syracuse University, “show the administration has been pursuing deportation against about 100,000 people for immigration violations, rather than criminal charges, so far this year.”

Many of those 100,000 people are fathers, mothers, sons and daughters and that means families are needlessly being traumatized and torn apart.

It’s something that the administration promised not to do.

Because there is no law in place that would give legal recognition to an undocumented person — because the goal of any immigration reform measure is to immediately bring people out of the shadows — these immigrants are helpless to defend themselves. Helpless in a climate where one party is exerting pressure on the other to show a ‘good-faith’ effort in dealing with undocumented immigration before serious debate even begins.

The Obama administration has overly complied with that demand — to the point that many in the Latino immigrant advocacy community are doubting the sincerity of this administration to deliver on their promise.

It’s clear that any immigration reform measure passed by Congress, while grudgingly helping undocumented immigrants, will hurt people who live along the U.S.-Mexico border. Analysis of the details of the Senate bill show that landowners’ rights and environmental concerns will be trampled as the Department of Homeland Security complies with enforcing the border per Congress’ rules.

To win over a mere handful of Republicans, the Senate forked over $38 billion on top of its existing proposal to beef up the border. The plan, crafted by Corker and North Dakota Republican John Hoeven, would add about 20,000 agents and erect 700 miles of fencing along the 1,900-mile line between the U.S. and Mexico. “This was not done for policy reasons,” says Doris Meissner, director of U.S. immigration policy at the Migration Policy Institute and a former Immigration and Naturalization Service commissioner under President Clinton. “It was dictated by politics.”

And politics is the key word.

Usually, what’s done in a political fashion can be undone one day — a day when millions of Latinos will have a voice and there won’t be any question as to whether or not Latino voters will show up at the polls.

That day is a lot closer than most people realize.