Latina Lista: News from the Latinx perspective > Palabra Final > Politics > Far-right’s attack over dual citizenship is all about anti-immigrant hate

LatinaLista — News that former presidential candidate, and current Minnesota congressional representative, Michelle Bachmann, had joined her family in becoming a Swiss citizen in March (her husband is of Swiss descent) was met with so much vitriolic rhetoric, like only the far right know how to dole out, that Bachmann announced today that she is withdrawing her Swiss citizenship. 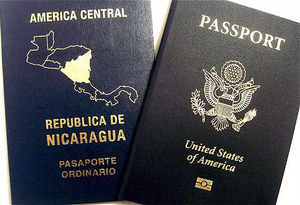 According to her vocal critics, dual citizenship is something to be ashamed of for American citizens.

Mark Krikorian, an influential anti-immigration writer who contributes to the National Review and heads the Center for Immigration Studies, led the charge in the blogosphere with three articles in two days about how Bachmann’s dual citizenship was wrong.

“This is outrageous and she needs to hear about it… Dual citizenship isn’t simply a matter of convenience, a way to make travel easier or a sentimental tie to the Auld Sod,” argued Krikorian. “It’s an insult to both countries.”
Elsewhere, the criticism was even fiercer.

“Dual Citizenship Is Treason,” blared a headline at the Daily Paul, a website “inspired by” Ron Paul.

“I am against dual citizenship of any kind. When you benefit from the blood spilled by patriots in the past, the least which can be requested of you is undivided allegiance. The United States is not like any other country… For most of the country’s history, dual citizenship was considered the equivalent of political bigamy,” wrote a blogger there.

As someone who has grown up with dual citizenship (I was born in Madrid, Spain to a father who was in the US Air Force), having dual citizenship never impacted my allegiance to this country. In fact, there are some things people opposed to dual citizenship should understand — there are a lot more people walking around with it than they know.

First off, all of the children of military personnel, like myself, who were born in another country off the military base, would be considered to have duo citizenship. I don’t have numbers but given how many military personnel are stationed overseas from Germany to Japan, the numbers, from over the years, have to be significant.

In this global commerce age where US couples are working abroad, their children born in another country hold duo citizenship.

And finally, all those people who cram into courtrooms, school gymnasiums and other spots to take the oath of citizenship to the United States, aren’t really giving up their citizenship to their native countries. Though they do recite a line during the naturalization ceremony denouncing it, the fact is if they didn’t have their old citizenship formally revoked, chances are good that their former country doesn’t recognize the change in their status.

And to seal the discussion:

The Supreme Court has ruled dual citizenship is legal — and Congress has amended the Immigration and Nationality Act to reflect that reality — and the State Department now finally appears to be at peace with the concept as well — so it’s now a firmly entrenched part of the law of the land.

For the far right to be reacting with such shock doesn’t make sense. Have they forgotten that three of their party’s past presidential candidates were born outside the US?

Barry Goldwater, the 1964 Republican candidate, was born in the Arizona Territory in 1909 (Arizona did not become the 48th state until 1912). Goldwater lost the 1964 election to Lyndon Johnson.

George Romney, a 1968 Republican hopeful, was born in Mexico in 1907 to American parents who had moved there to escape anti-Mormon persecution in the US. (Contrary to a widely held popular misconception, by the way, Romney’s parents were settlers in Mexico, not missionaries.)

John McCain, the 2008 Republican candidate, was born in the Panama Canal Zone in 1936 to American parents.

Being born elsewhere or holding dual citizenship doesn’t determine a person’s allegiance to a country. Allegiance comes from within a person — it’s the country they call home.