LatinaLista — News coverage all day has centered on if Vice-President Joe Biden can reclaim the mantle of political debate prowess. Yet, in the next breath, newscasters and pundits admit that it matters little for the election who comes out on top in tonight’s match-up. 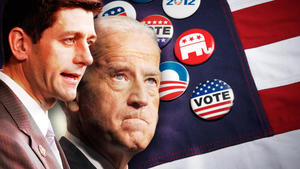 The same can be said for the presidential debates — for Latino voters.

While Romney’s debate performance narrowed his poll standings with President Obama, it didn’t make much difference among Latinos, for one reason — Latino voters had been listening to Romney long before he stood across the stage from President Obama.

The fact that Romney was almost animated in announcing his “plucking” of Big Bird from the airwaves, only solidified, rightly or wrongly, for many Latino voters — for whom Big Bird and the rest of the PBS early childhood lineup has been the main source of pre-school learning for a demographic who prefer to keep their preschoolers at home — that Romney doesn’t know or care about the Latino constituency.

While political showmanship may be enough to swing those voters who are seeing the candidates for the first time in the televised debates, it won’t sway those who are smart enough to educate themselves on each candidate’s stand on the issues and what are their true intentions.

And that’s the way it should be — among an educated electorate.

Over 30 percent of Latino voters don't feel their votes will have an impact on who's elected president
1 Comment
Spotlight Nonprofit: Latina philanthropy org creates fundraiser to pay for group's nonprofit status