LatinaLista — The chilling admission recently by former Florida Republican Party Chairman Jim Greer should have garnered more national outrage than it did. Not just in Florida, but across the country. 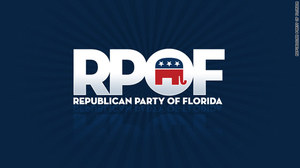 Television stations in the Sunshine State report that Greer said that the Florida GOP party has actively been trying to suppress blacks and Latinos from voting.

The party says one thing, but behind the scenes does something else,” said Greer. He’s talking about, in part, Governor Rick Scott’s administration’s effort to purge voter lists across the state. The administration called it a way to improve the integrity of Florida elections.

This public shaming of the Florida GOP will no doubt be challenged as nothing more than sour grapes since Greer was forced out of office and is now facing criminal charges. Yet, he did testify in a deposition “that party officials have worked to keep minorities from being able to vote.”

The reason is simple — Republicans don’t think Latinos and blacks will vote for them.

So, they just want to endear the party to these groups further by blocking as many of their votes as possible by conducting a sham voter purge to maintain the “integrity” of the Florida vote and weed out anyone who is not eligible to vote.

Greer’s admission is less of a confession and more a validation of what many in the country — academics, analysts, activists — long recognized as a veiled attempt to deprive legal voters of color their right to vote.

Whether it’s purging voter rolls, passing Voter ID laws, or funding political attack ads that specifically target Latinos and Blacks to plant seeds of mistrust about the opponent, without ever saying what the GOP party will do for either group, it’s obvious the GOP feels threatened by the so-called “minority vote” which could actually turn out to be the majority that elects the new administration.

It’s a shame that it took facing criminal charges for Greer to even come clean about the FL GOP strategy and their attitude towards voters of color. With such an admission, it begs the question: Is the GOP even worthy to be called a political party?

From its actions, it seems some members would rather have it belong in another category altogether — hate groups.