LatinaLista — The recent stand some Republican governors have taken against expanding Medicaid coverage in their states to cover more of their low-income residents has been faulted, so far, for being heartless. Now, a new study by Harvard researchers finds the position to be lethal. 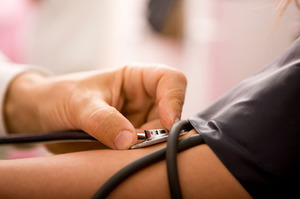 The argument against expanding Medicaid has been that it costs too much. Yet, a new study shows that if the money is spent in the short-term, the benefits to the poor in the state are very long-term.

“So the study looked at 10 years worth of data–five years before and five years after the three states that expanded Medicaid to this group of low income adults in New York, Arizona and Maine, and then the four comparison states, their neighboring states, that had not made similar expansions in their Medicaid programs,” Sommers says.

Sommers says adult death rates in Maine, New York and Arizona fell by more than 6 percent. The research also found lower rates of uninsurance, more low-income people reporting their health to be “good” or “excellent” and less delayed medical care due to costs.

Even with these positive outcomes, critics of expanding Medicaid still find fault with considering the idea.

Without this expansion, many Latino families, who comprise the majority of the uninsured, will not only suffer through the consequences of diabetes, heart problems, obesity, high blood pressure, etc. but will continue to turn to hospital emergency rooms for last-minute care when their conditions become so acute that it will cost states more to treat them at such late stages of their diseases.

Given the findings of this study, the cold reality is seeping into the public consciousness that there is only one reason why some would be against helping the poor of this country to achieve parity in healthcare — not accepting the concept that we are our brother’s keeper.

Never at a time in our history has that concept meant more than it does now.