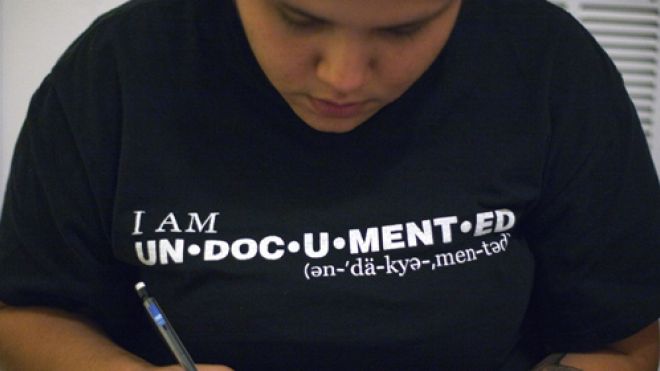 LatinaLista — Over the last couple years as debate over immigration reform intensified, many people, even some of my Latino journalist and business colleagues, have criticized the tactics of some in the undocumented community in forcing Washington to address the issue.

For example, some didn’t like how DREAMer students behaved. One colleague described them as ‘spoiled brats.’

They don caps and gowns and disrupt committee hearings and occupy the offices of members of Congress. They dare police to arrest them, and then act surprised when it happens. They’re not realistic, or respectful. They don’t ask. They demand.

Though DREAMers have spent their formative years in the country, it wasn’t until there were sit-ins and loud protests that ‘white’ America even knew they existed and started paying attention to them — and mainstream media noticed. If it weren’t for their ‘disruptive’ actions they would have not had their voices heard.

As it is, mainstream media has done a lousy job, according to a new media analysis, of including the voices of immigrants in their coverage of the immigration debate. When these people should be considered the primary experts or sources in commenting on immigration, mainstream media has been turning to the default ‘expert’ — “white male politicians born in the United States without personal ties to immigration.”

The analysis done by the editors of EXTRA!, the magazine of the media watch group Fairness @ Accuracy in Reporting (FAIR), found that after evaluating a full month’s worth of immigration reform coverage by ABC, CBS and NBC news programs, the PBS NewsHour, CNN’s Situation Room, Fox News’ Special Report and MSNBC’s Hardball there were 54 stories on the issue, using a total of 157 sources.

Sixty-eight percent of the media sources for immigration policy discussions were non-Latino whites.

Aside from these non-Latino white sources presenting their perspectives on Congress’ treatment of the issue, unless they lived or worked with immigrant communities, they would have been unqualified to speak about the reform measures as it related to the Latino community. Professional media organizations would have understood this and used these sources to only comment on the policy decision process.

Not featuring the voices of those who would be impacted clinically cleanses the debate, which influences how people think about it. For example, by consistently not using immigrants to comment on the issue, average Americans can’t put a face to it so when politicians or wannabe politicians make outrageous claims like immigrants should self-deport or they’re stealing jobs or abusing the welfare system or they’re in cahoots with terrorists, it’s accepted as fact because anchors don’t challenge politicians’ outrageous lies and the ‘other side’ isn’t being represented to defend itself.

What goes unchallenged is perceived to be true.

Further, the absence of the immigrant perspective implies to the average listener/viewer that immigrants don’t count and so stories of children separated from their parents or record number of deportations evoke much less sympathy than even a cute pet story.

As the researchers of the analysis wrote:

Media’s job isn’t just to supply the facts but to present the whole picture. Concentrating on only one side of any issue, distorts the facts, minimizes the influence of one side while grossly exaggerating the influence of the other side and most importantly, prevents people from making informed decisions — the ultimate goal of any credible news media organization.