Latina Lista: News from the Latinx perspective > Palabra Final > Politics > Immigration, not the economy, is tearing the Latino community apart

Immigration, not the economy, is tearing the Latino community apart

LatinaLista — Ever since the Obama administration’s surprise announcement last week about deferring the deportation of undocumented youth, the presumptive Republican presidential nominee, Mitt Romney, has let others in his party do the talking for him. 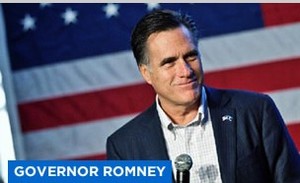 Unfortunately, the range of the rhetoric — from a threatened lawsuit by Iowa’s Republican Rep. Steve King to Marco Rubio’s pouty announcement of shelving his own version of the DREAM Act — leaves the Latino electorate in doubt as to how exactly Romney would handle immigration reform.

If he has his way, Romney will continue to keep Latino voters in the dark about his plans, beyond the self-deportation proposal. In fact, in his appearance today at the National Association of Latino Elected Officials national conference in Orlando, rumors are that Romney will pretend the proverbial elephant in the room has nothing to do with immigration but only the economy.

The fact is more and more Latinos, irregardless of their personal stake in the immigration debate, realize that immigration reform is so intertwined with the Latino community that to pretend it doesn’t exist does a disservice to too many Latinos. Not to mention that the immigration issue is the one issue, more so than the economy, that is harmfully dividing the Latino community – a community that needs to be whole to help lift everyone out of this bad economy and put on the road to recovery.