LatinaLista — With Christmas only a few weeks away, children are finalizing their wish lists to give to Santa Claus. Yet for 5.5 million children, there is only one wish they have — that Uncle Sam doesn’t act like the Grinch and take away one or both of their parents for being undocumented.

Two recent reports illustrate just how big a possibility that outcome could be for children of undocumented parents. 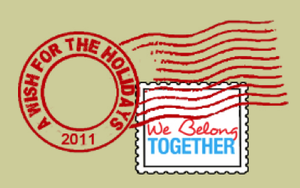 The Applied Research Center (ARC) released the report “Shattered Families” revealing 5,100 children currently live in the foster care system. These children are prevented from uniting with their detained or deported parents.

And the American Immigration Lawyers Association, along with, the American Immigration Council conducted a survey titled Holding DHS Accountable on Prosecutorial Discretion and uncovered that “while a few ICE offices have begun to implement the guidance (issued by Immigration and Customs Enforcement (ICE) Director John Morton to use discretion in determining deportations) most have not and many are actively resistant. Some officials said their jobs are ‘to arrest and deport.'”

In light of these revelations, a new bilingual campaign is underway to get Washington to work harder to keep these families together.

A Wish for the Holidays strives to collect 5,000 letters by December 5, from children and youth explaining why families should stay together.

The letters will be collected by representatives of the campaign and delivered to the Obama administration and key congressional leaders in time for the holidays and International Human Rights Day.

A Wish for the Holidays is sponsored by the We Belong Together organization — a collaboration of women’s and immigrant rights groups to highlight the impact of immigration enforcement on women, children and communities.

To participate, mail your letters by November 30 to:

A Wish for the Holidays

We must receive your letters by December 5 in order for them to be included in the packet we will deliver to decision-makers on the days leading up to International Human Rights Day. Please include a return mailing address for your letters, so that we know your Congressional District. To protect the identities of letter-writers, multiple letters can be bundled and sent under one return address.