China, India overtake Mexico as top source of immigrants to the U.S. 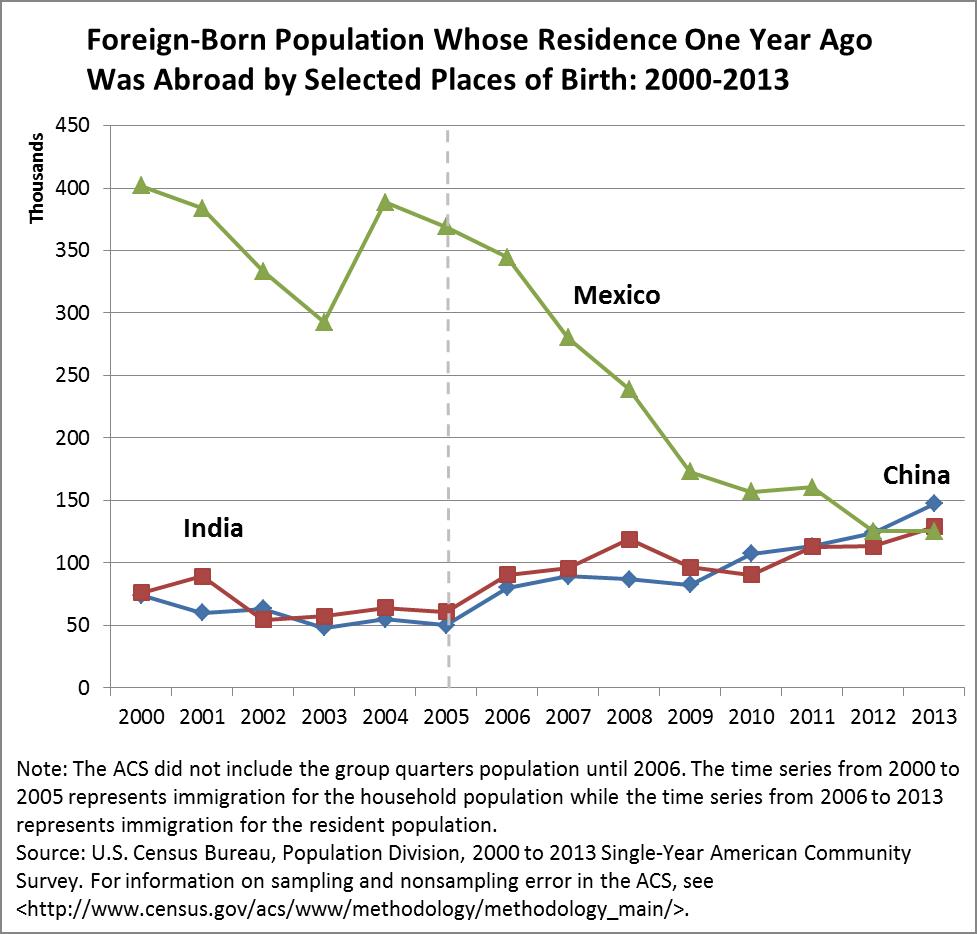 Mexico no longer occupies the top post as the largest provider of immigrants to the United States, according a 2013 U.S. Census Bureau project published earlier this month.

Of the 1.2 million recent immigrants counted in 2013, China and India were the top two immigrant-sending countries with 147,000 and 129,000 immigrants, respectively. Mexican immigrants numbered 125,000 that year.

Census Bureau demographer Eric Jensen wrote that the new immigration flow may affect the ethnic and racial makeup of the country:

While Hispanics are still the largest racial or ethnic minority group, a larger percentage of the Asian population was foreign-born (65.4) compared with the Hispanic population (35.2) in 2013. Given the numbers above, it is likely that the contribution of immigration to overall population growth will be greater for Asians than for Hispanics.

Immigration Policy Institute analysts Muzaffar Chishti and Faye Hipsman write that the decrease in Mexican immigrants may be a result of the Great Recession of 2008  and that the U.S. has increased attention to the border, making it more diffuclt of unauthorized migrants to cross into the country.

On top of that, Chishti and Hipsman point to a generational split between the current Mexican population and the one of the early '90s.

The Mexican economy has meanwhile strengthened and stabilized in recent years, creating new job opportunities. And the country has greatly expanded its educational system, providing young Mexicans who want to improve their lives with viable alternatives to migrating north.