Latina Lista: News from the Latinx perspective > Palabra Final > Immigration > Immigration lawyer, tireless fighter for the undocumented, now finds himself at mercy of the court — because he exposed an unlawful truth

Immigration lawyer, tireless fighter for the undocumented, now finds himself at mercy of the court — because he exposed an unlawful truth 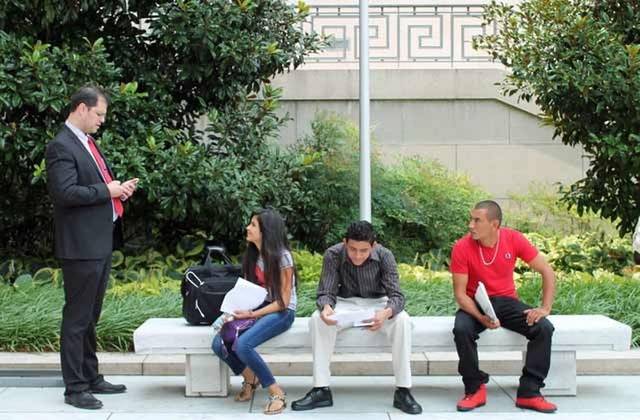 LatinaLista — In the immigration reform narrative, there are specific characters who always get press — the undocumented, the activists, the traumatized family members and those authority figures either enforcing or proposing ‘justice.’

In each and every story, that I’ve ever covered, there is one more character who receives very little media attention but who is on the frontline of whether or not a family remains together or a person is transported thousands of miles away from loved ones to a country no longer familiar — the lawyer.

Immigration lawyers figure prominently in the immigration reform narrative. It was thanks to some immigration lawyers, who were doing pro bono work at one immigrant family detention center in Hutto, Texas, who first alerted the world to the injustices being committed against children and women detained there.

Over the years, I’ve had the pleasure of getting to know many immigration lawyers who take their oath of defending the undocumented far beyond than it being just a job. To witness such trauma and heartache in families, especially children, on a regular basis, it’s no wonder that some immigration lawyers blur the line between ethics and empathy.

One such lawyer who did just that is New York immigration attorney Bryan Johnson.

I’ve known Bryan ever since he was a law student at Hofstra University School of Law. He used to send me long emails examining the legal merits of immigration raids or deportation cases, whatever may have been in the news at the time. He struck me as passionate and empathetic, and maybe a little idealistic. But in a field that knows so much pain, idealism gives hope to the hopeless.

Even after he graduated law school and went to work at a Long Island-based immigration law firm, he kept in touch. He shared news of his cases, asked advice on how to get media attention for his clients and celebrated with me, via email, when he was victorious in court.

It wasn’t a big surprise when he opened his own law firm.

The responsibilities of running a law practice and dealing with such emotional cases don’t leave too much time to catch up with old friends. So, when I recently clicked on a link with the headline Lawyer who leaked secret family detention proposal asks judge for mercy, I was dumbfounded to see Bryan’s name.

It seems Bryan didn’t use the best of judgment when, outraged to discover the Obama administration was violating parts of a 1997 settlement on migrant children, he violated a confidentiality agreement he had signed. Bryan’s outrage with the Obama administration stemmed from the fact that even his own clients were impacted by these federal practices. He felt there was only one thing he could do to help his clients – he released the confidential information to the media.

In a written response to the court, Bryan wrote: “I allowed the emotionally charged circumstances of my clients to impede my judgment.”

Now, Bryan’s fate as an immigration lawyer literally hangs in the balance.

U.S. District Judge Dolly Gee of the Central District of California has ordered Bryan to her courtroom on August 24 and will decide whether or not to find him in contempt or have him reported to the State Bar of New York.

Many of his colleagues have written letters in support of Bryan, asking the judge to not find him in contempt and ruin the career of a passionate advocate for the undocumented, who usually don’t receive such caring representation.

As a result of Bryan’s actions, McClatchy, the news organization to whom Bryan released the documents, reported:

The day after McClatchy published the draft ruling, Homeland Security Secretary Jeh Johnson announced he would travel to the Karnes County Residential Center to review its operations and to talk with locally based federal immigration and border protection officials. Around the same time, a half-dozen mothers, several of whom had been locked up for almost a year were released.

Bryan is no Edward Snowden. His leaks didn’t jeopardize national security but it did embarrass an administration and a President who wants to be seen as leaving a legacy of helping the undocumented.