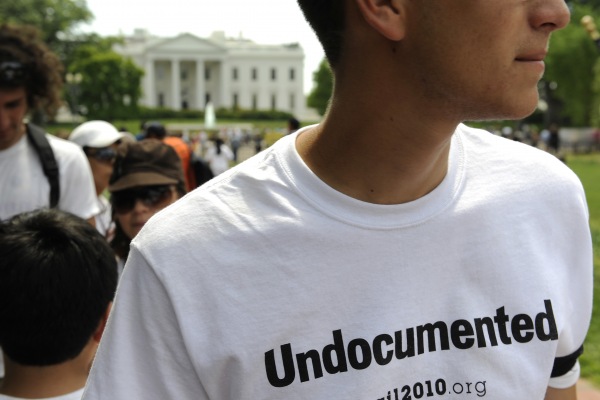 LatinaLista — A new Pew study finds that contrary to popular belief, the undocumented population in the United States is no longer growing and is stabilized at 11.2 million.

When the recession hit in 2007, several main industries that relied on undocumented labor, like construction, restaurant and hospitality, lost jobs. Those who were undocumented with no real ties to the United States left to return to their birth countries to look for work. The ones who stayed mainly did so because they had lived in the United States for a longer amount of time and/or had children born in the U.S.

The Pew study found that the undocumented who stayed behind are very much a part of their local communities and have lived in the states on average of about 13 years.

Undocumented parents of U.S. citizen-born children were found to have been living longer in the country — 15 years on average.

It’s a revelation that makes carrying out any further deportations heartbreaking and senseless. Since the Pew study finds that most of the long-term undocumented adults have established roots in the U.S. and are most probably living with their US citizen-born children, future deportations serve only to separate families and cause emotional trauma to the children.

As President Obama hesitates in taking definitive action on current immigration policy, this report serves as a wake-up call to Congress that calling for anymore future deportations is nothing more than a political attack on Latino communities. For Latinos, this report only emphasizes the need for those eligible to vote to support those political candidates who want to work with the Latino population and not against them.