Latina Lista: News from the Latinx perspective > Palabra Final > Immigration > The Top 10 Facts You Need to Know About Immigrants Today

The Top 10 Facts You Need to Know About Immigrants Today 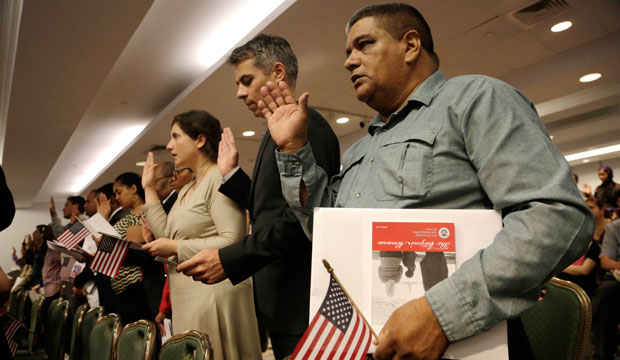 Immigrants are an important part of the U.S. economy and American society. To supercharge these contributions, the DACA expansion and DAPA program — which are both currently held up in the courts — need to move forward in order to provide a temporary but much needed sense of relief for millions of American families.

Ultimately, Congress must pass a permanent pathway to citizenship. This will add an estimated cumulative $1.2 trillion to the U.S. GDP over 10 years, increase the income of all Americans by an estimated cumulative $625 billion over 10 years, and create as many as 145,000 new jobs per year. Fixing the American immigration system will ensure that all people living in the country can maximize their potential and contribute to a shared American prosperity.