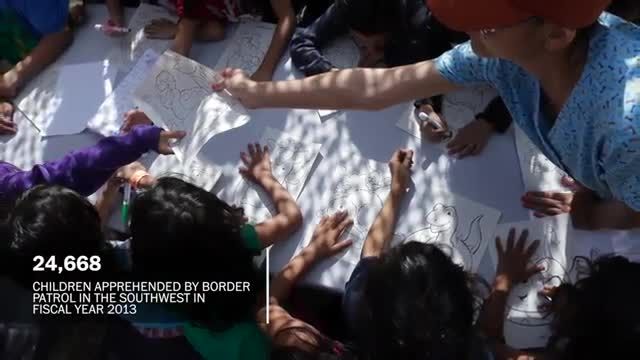 LatinaLista — Recent reports indicate that the swell of undocumented children is easing and that many of those who have arrived have either been reunited with long absent parents or deported back to the countries they fled. However, there are still thousands in the care of the American government.

Being denied access to the children, journalists can’t easily report on the individual stories of who these children are and their personal stories that drove them to make such a dangerous journey to the United States. Without that one-on-one access, these children lose their individuality and are blended together into a set of statistics that arouse a range of strong emotions, the least of which is compassion.

The featured video showcases 10 sets of numbers that reflect this growing humanitarian crisis.