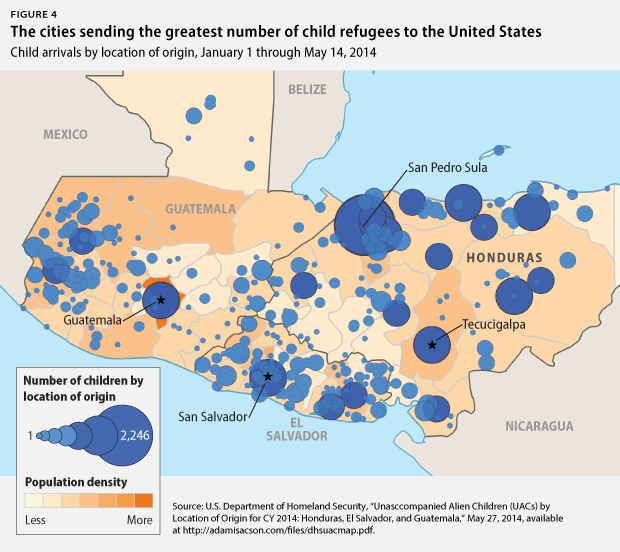 LatinaLista — If news headlines are any barometer, the “humanitarian crisis” at the Texas-Mexico border that commanded media and political attention for the last month is no more. Reports out of southern Mexico reveal just how seriously Mexico’s President Enrique Peña Nieto took President Obama’s demand for cooperation and media outlets have been reporting military installations selected to house the overflow of migrants have received notice the children aren’t coming.

A new analysis by the Center for American Progress reveals that while over tens of thousands of Central American children made their way to the U.S. border, just as many have fled to surrounding countries, with Mexico, Panama, Nicaragua, Costa Rica, and Belize seeing a 712 percent rise since 2009 in asylum applications.

To many Americans, asylum seems like a strange request from children and adults who aren’t in a traditional war zone, like can be found in Iraq or the Ukraine. Yet the war that is happening in the countries of Honduras, El Salvador and Guatemala is a new kind of warfare that has the same impact as any war in history. The difference between this war in Central America and the Mideast is that this war targets the poor, women and the children not with bombs but continuous violence. The only way to survive is for them to flee.

According to the Center for American Progress, Honduras, Guatemala and El Salvador’s murder rates make Chicago’s or Detroit’s murder rates docile in comparison.

The average American assumes local police will protect those who feel their lives are in danger or that politicians will pass legislation to aid in their protection but the reality is that corruption and a centuries old class system dictate who gets protection and who is ignored.

There is no hope on the horizon in these countries for those fleeing the violence and so the only hope may rest with the one country who on the one hand recognizes what these children and women are enduring is a humanitarian crisis but on the other hand has no political will to stop a new kind of war that is already on our doorstep — and threatens evermore to subject our own citizens to the kinds of violence and intimidation that is now a way of life south of our border.