Latina Lista: News from the Latinx perspective > Palabra Final > Immigration > ‘Visions From The Inside’ Taps 15 Artists To Illustrate The Letters Of Detained Migrants 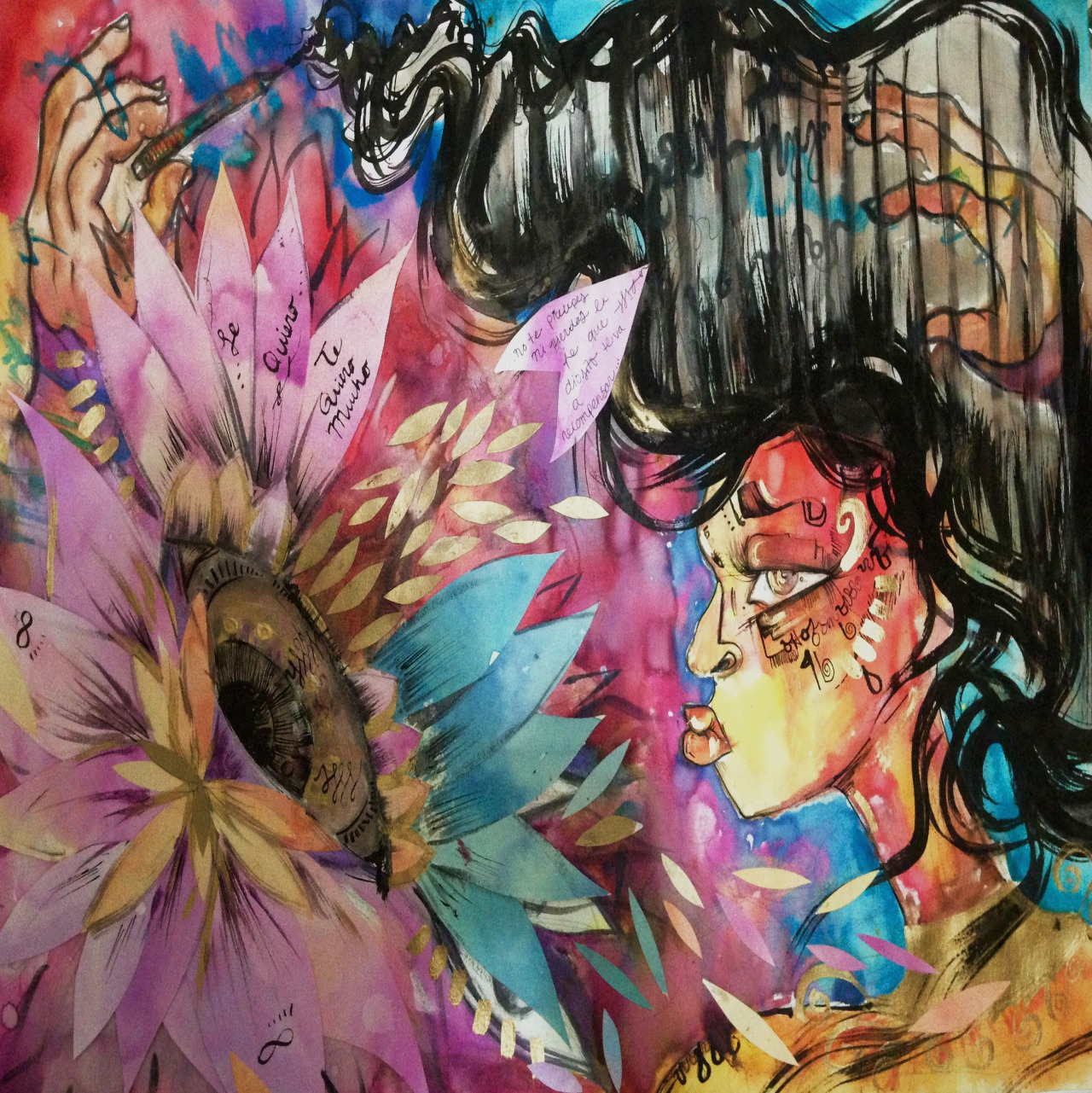 Surviving the fourth grade, playing with friends, and being un poco travieso. The life of a 10-year-old in the United States shouldn’t be more complicated than that. But for Delmy Pineda’s son, nearly 10 months in 2014 – a good chunk of his life up until that point – were spent languishing in a Karnes County immigrant detention center in Texas, struggling to figure out what was going on around him.

As an adult, Delmy had to be the voice of reason, despite not having any answers. But as a human, Delmy faced the same uncertainty and frustration with life in the detention center, a place where days are indistinguishable and ibuprofen is the go-to remedy for every ailment. She started writing letters about her experiences, telling her story in her own words, to spread her message: “This place isn’t fit for anyone, let alone children.” 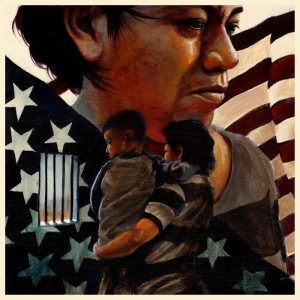 Now, thanks to a new project from CultureStrike, letters written by people like Delmy– an undocumented immigrant from Honduras – are being transformed into works of art. The project, called Visions from the Inside, was created in collaboration with Mariposas Sin Fronteras and End Family Detention, and it seeks to draw attention to the plight of detained migrants. 15 artists were tapped to bring the experiences of detainees to life; each received one letter, and with the help of End Family Detention, were also indirectly permitted to speak to the lawyers of the detainees, to ensure that the messaged remained the same even as the medium changed. The project was unveiled on Tumblr on July 27, and it will end on August 14; one picture will be shared every weekday. For the most part, those who wrote the letters asked to remain anonymous.

The idea for Visions from the Inside came after Julio Salgado and other members of CultureStrike went to an Arizona detention center and learned just how meaningful letters are for detainees, even in an age where emails, texts, or tweets have replaced traditional letter writing. Since phone calls aren’t permitted in these for-profit detention centers – they’re deemed to have too much of an impact on the bottom line – letters are the main outlet for communication to the outside world…

art, child migrants, detention centers, featured, immigration
Previous Post A Political Breakthrough For Latinos in Waterbury, CT?
Next PostGuest Voz: Tech industry's problem of not including Latinas & others of color goes beyond failing at diversity

A Political Breakthrough For Latinos in Waterbury, CT?
Comment
Guest Voz: Tech industry's problem of not including Latinas & others of color goes beyond failing at diversity