Latina Lista: News from the Latinx perspective > Palabra Final > It must be the year of the Latino: AP announces it’s dropping the ‘i’ word

It must be the year of the Latino: AP announces it’s dropping the ‘i’ word

LatinaLista — Hand-in-hand with the fight to get Congress to address immigration reform has been the battle with the media to stop referring to undocumented immigrants as “illegal.” While some major newspapers like the Miami Herald agreed that the use of the “i” word was offensive and degrading to the immigrant community and elected to not use the word in their paper, the vast majority of newspapers continued to do so for one simple reason — the Associated Press (AP) still sanctioned it in their Stylebook, which is followed by newspapers as the standard for correct journalism writing. 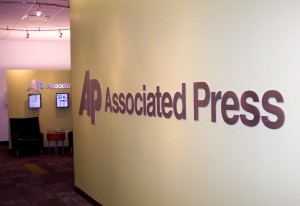 Over the last couple of years, many organizations have asked the AP to discontinue using the word because of its negative connotation and offense to the immigrant community but the AP always succeeded in justifying their continued recognition of the term — until today.

On the AP’s blog, under the headline ” ‘Illegal immigrant’ no more,” it was announced that the perennial news org would no longer endorse the usage of the term “illegal.”

The Stylebook no longer sanctions the term “illegal immigrant” or the use of “illegal” to describe a person. Instead, it tells users that “illegal” should describe only an action, such as living in or immigrating to a country illegally.

Why did we make the change?

The discussions on this topic have been wide-ranging and include many people from many walks of life. (Earlier, they led us to reject descriptions such as “undocumented,” despite ardent support from some quarters, because it is not precise. A person may have plenty of documents, just not the ones required for legal residence.)

Those discussions continued even after AP affirmed “illegal immigrant” as the best use, for two reasons.

A number of people felt that “illegal immigrant” was the best choice at the time. They also believed the always-evolving English language might soon yield a different choice and we should stay in the conversation.

Also, we had in other areas been ridding the Stylebook of labels. The new section on mental health issues argues for using credibly sourced diagnoses instead of labels. Saying someone was “diagnosed with schizophrenia” instead of schizophrenic, for example.

And that discussion about labeling people, instead of behavior, led us back to “illegal immigrant” again.

We concluded that to be consistent, we needed to change our guidance.

Is this the best way to describe someone in a country without permission? We believe that it is for now. We also believe more evolution is likely down the road.

Will the new guidance make it harder for writers? Perhaps just a bit at first. But while labels may be more facile, they are not accurate.

I suspect now we will hear from some language lovers who will find other labels in the AP Stylebook. We welcome that engagement. Get in touch at stylebook@ap.org or, if you are an AP Stylebook Online subscriber, through the “Ask the Editor” page.

Change is a part of AP Style because the English language is constantly evolving, enriched by new words, phrases and uses. Our goal always is to use the most precise and accurate words so that the meaning is clear to any reader anywhere.

The change goes into effect immediately in several of the AP publications: the AP Stylebook Online and Manual de Estilo Online de la AP, the new Spanish-language Stylebook, as well as, in the new print edition and Stylebook Mobile, coming out later in the spring.

The new AP guidelines on how to describe someone living in the country without the proper paperwork is:

Except in direct quotations, do not use the terms illegal alien, an illegal, illegals or undocumented.

Do not describe people as violating immigration laws without attribution.

Specify wherever possible how someone entered the country illegally and from where. Crossed the border? Overstayed a visa? What nationality?

People who were brought into the country as children should not be described as having immigrated illegally. For people granted a temporary right to remain in the U.S. under the Deferred Action for Childhood Arrivals program, use temporary resident status, with details on the program lower in the story.

Now, the true test will be to see how many newspapers — who have vehemently defended their use of the “i” word — will follow the AP’s thinking. It won’t be surprising if there becomes a “crease” in the news industry between conservative and liberal papers over this change of heart.

Associated Press, featured, illegal, immigrant, stylebook
Previous Post The Other Honduras: Garifuna Culture on the North Coast
Next PostNew CDC study shows Latina teen moms more likely to have a second birth though they know how to prevent it

The Other Honduras: Garifuna Culture on the North Coast
Comment
New CDC study shows Latina teen moms more likely to have a second birth though they know how to prevent it