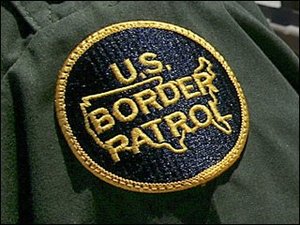 Both sides can’t be right but what could be considered a middle ground is the agency’s refusal to be transparent about their policies, procedures and facilities.

Last week, Republican Congressman Darrell Issa accused the U.S. Border Patrol for not counting everybody who got away. The congressman challenged the agency’s stand that migrant crossings are down.

In a letter sent to DHS Secretary Janet Napolitano on March 1, Issa says he analyzed a series of Border Patrol shift reports over a one-week period in Casa Grande, Arizona. Those reports showed 82 people who crossed illegally and were never caught, but were also never counted as so-called “got aways.”

“The allegation that we’re misrepesenting the data for whatever reason is just patently false at this point,” said Michael Fisher, head of the Border Patrol.

However, other accusations levied against the agency today in Washington at a hearing before the Inter-American Commission on Human Rights (IACHR) won’t be so easy to rebuff.

In a hearing titled “Human Rights Situation of Detained and Deported Migrants along the Southern Border of the United States,” representatives from eight human rights groups testified highlighting the findings of the humanitarian organization, No More Deaths’, 2011 report, “A Culture of Cruelty,” about the U.S. Border Patrol’s behavior and practices.

Compiling eyewitness testimony over a six-year period and interviewing 15,000 migrants who had been deported, authors of the report told the hearing that the U.S. Border Patrol has a “widespread culture of impunity in which abusive behavior goes unpunished and uncorrected.”

Some of the findings of the human rights groups regarding the agency’s handling of detained undocumented immigrants entail:

The fact that both sides of the immigration issue are accusing the U.S. Border Patrol of not being forthcoming illustrates just how big a problem the agency has. It gives credence to the humanitarian report that the agency acts with a culture of impunity that it doesn’t feel it has to answer to anyone.

Unfortunately for this agency, they are not supposed to be operating mini Guantanamos across the country, nor how they treat the detainees is protected from scrutiny. The testimony of the human rights representatives recounted such horrendous behavior — dropping off unaccompanied children and pregnant women in the middle of the night in the most dangerous border towns rife with cartel violence — that it not only calls for an investigation but a thorough housecleaning of such practices and attitudes.

It’s no wonder the agency doesn’t want to share with anyone how they do business — regardless of which side of the immigration debate is doing the asking.