Latina Lista: News from the Latinx perspective > Palabra Final > Immigration > Latest data reveals illegal immigration from Mexico has stopped. So, what will be the next GOP excuse for not working on CIR?

Latest data reveals illegal immigration from Mexico has stopped. So, what will be the next GOP excuse for not working on CIR?

LatinaLista — The news doesn’t get any better than this for any politician who has stalled the debate on immigration reform until there’s proof of a secure border: According to Douglas S. Massey, co-director of the Mexican Migration Project (MMP), the flow of illegal immigration from Mexico has stopped. 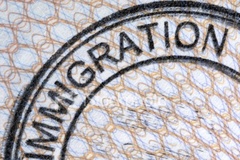 If anyone should know, it’s Massey. The MMP has been tracking the migration trends of Mexicans since 1982. In an interview with The New York Times, Massey said his research shows that interest by Mexicans to breach the US/Mexico border illegally has fallen to its lowest levels since the 1950s.

“No one wants to hear it, but the flow has already stopped,” Mr. Massey said, referring to illegal traffic. “For the first time in 60 years, the net traffic has gone to zero and is probably a little bit negative.”

It doesn’t matter what the reason for the change of mind among Mexicans — though the article does cite several factors — the fact remains that the issue of illegal immigration is finally a non-issue.

So, what happens next?

Will someone in Congress reintroduce comprehensive immigration reform (CIR)?

Will Republican congressional members acknowledge the data and start getting to work on immigration reform — of course, once they’ve decided about the debt ceiling.

In answer to the first question, yes. Someone has already reintroduced CIR.

In answer to the second question, probably not. For one simple reason — the GOP are loathe to officially recognize 11 million people who live in this country illegally.

Yet, any debate over immigration reform has to eventually deal with putting 11 million people on a path to citizenship — no matter the political consequences.

In fact, there is no better time than NOW for CIR.

There literally does not exist anymore a reason to delay discussing and passing CIR. Any opposition at this point is merely opposition for opposition’s sake — and that’s not leadership.