Latina Commentary: Why Rep. Ryan’s budget is a lot like JC Penney’s strategy for change

LatinaLista — I’m really disappointed with JC Penney these days. Today’s reincarnation is a far cry from when I shopped there with my mother as a kid, worked there in my first job as a college student, shopped there as a mother myself for my children and supported as my daughter’s first employer out of college — btw (by the way), she was one of the 19,000 who got laid off by CEO Ron Johnson. 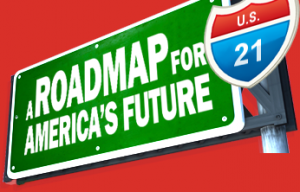 It’s not that I’m resistant to change. Even a casual shopper of the 100+ year old national chain would have to admit that the merchandise just didn’t always keep up with quality, selection or the ‘cool factor.’ What disappoints me about JC Penney is that they brought in someone who couldn’t relate to the majority of shoppers who weren’t high-end consumers.

It’s this fatal disconnect with the core JC Penney customer that is the downfall of a CEO who never committed to living in the same city with his employees — he jets in for a reported 4-day workweek from his home in California and instead of renting an apartment or extended stay hotel room in the suburb where JC Penney company headquarters is located, he stays at the Ritz Carlton — rated among the 20 best luxury hotels in Dallas.

When questioned by a CNBC reporter about his living arrangements, he brushes it off. Yet, staying in a section of the city with the most expensive zip codes and whose residents see little difference between WalMart and JC Penney further underscores how little this CEO is putting in an effort to know his store’s customers or his own staff.

Though the nation got a hint at what Mr. Ryan’s priorities were when he was Mitt Romney’s running mate in the 2012 presidential election, we all got to see in more detail today just what he has in mind to get the nation back on a sound financial footing — and it’s disappointing.

Again, I’m not resistant to change nor reform. It only makes sense that institutions have to evolve to adequately address new realities, but when the realities are discarded to fulfill a vision that only benefits a small portion of the population, then the word ‘disconnect’ becomes an understatement.

Mr. Ryan’s budget is particularly disappointing given the fact that his party says they want to reach Latinos yet with every budget cut to programs that don’t just benefit but sustain the disenfranchised in these hard economic times, the GOP olive branch is harder to accept.

The latest version of Rep. Ryan’s budget, includes tax breaks for the rich and cuts to education, college financial aid, science, food assistance and health care for the poor, elderly and disabled.

While cutting programs is one way to decrease the national deficit, it only will increase the human suffering for those whose present circumstances need the services that the government ensures they’ll receive.

Cutting is not reforming just as reincarnating an old brand isn’t done by scrapping the traditional core customer.

In both cases, the lack of empathy for people of different socio-economic means and the disconnect from whom these changes are supposed to benefit add up to failed experiments that at the least can lead to the downfall of institutions and at the most, the ouster of those who came up with the ideas.