LatinaLista — Today, the Progressive Change Campaign Committee (PCCC) announced they have selected their first endorsement for the 2012 political season. The PCCC raises millions of dollars for candidates who fit their select criteria. For their first “political investment,” they chose New Mexico State Senator Eric Griego, who is running for a seat in the US House of Representatives. 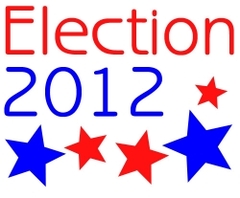 According to a press release from the group:

Our elections team vigorously vets candidates, and all endorsed candidates must meet a 3-part test: Are they a bold progressive, are they committed to running a competent campaign, and are they viable? Eric Griego is all three

It was the last qualification that caught my eye — “viable.”

At a time when state parties are battling over redistricting to diminish minority representation and there are mean-spirited people saying there are too many Latinos in political office, it’s refreshing to hear a national mainstream organization determine a Latino candidate is viable enough to invest millions of dollars into their campaign.

Thanks to the 2010 US Census findings, the potential for more “viable” Latino political candidates is on the horizon.

When the US Census released their 2010 population findings for each state, it triggered an euphoria among those state legislators who didn’t just see a population increase in their states, but the opportunity for more seats in Congress.

Yet before more representatives can be elected, the painful process of redrawing congressional district state maps had to take place. Usually, the process was battled between Republicans and Democrats but this time a third party has been more vocal in raising their voice — Latinos.

According to the Pew Hispanic Center, “Hispanic voters are nearly three times more prevalent in states that gained congressional seats and Electoral College votes in the 2010 reapportionment than they are in states that lost seats.”

As a result, the Pew Hispanic Center made a rare prediction:

With these reapportionment changes, Latinos likely will play a larger role in national politics in the coming decade.

Of course, only if redistricting lawsuits, like the one in Texas filed last week, are settled:

“Latino groups and individuals have joined forces to file a lawsuit in federal court in order to have new Texas House and congressional maps drawn that reflect the demographics of the Lone Star State,” reports the Rio Grande Guardian.

And in states like California, Illinois and Florida that gained congressional seats due to Latino population growth the battle over redistricting is ongoing.

But it hasn’t stopped Latinos from recognizing that the time is ripe to throw their hats into the political ring. In addition to Griego:

In Texas, Ted Cruz, former Solicitor General of Texas and the first Latino Solicitor General in Texas, made his intentions known in January 2011 that he would be running for the US Senate to replace Texas’ Kay Bailey Hutchison.

Dianne Costa, a Latina former mayor from North Texas, is in the midst of her run for state political office.

No doubt more Latino and Latina candidates will come forward in the upcoming months and declare their candidacies. Whether they win or lose, it’s their example of running that shows a new generation — and an older generation — that Latino political candidates are “viable” — especially to the constituency they represent.