Latina Lista: News from the Latinx perspective > Palabra Final > Politics > Nation’s gun violence is a tale of two realities — one in which conservatives are out of touch

LatinaLista — Among the 23 Executive Actions that President Obama signed into law today was one in which he would issue a Presidential Memorandum to: “require federal law enforcement to trace guns recovered in criminal investigations.” 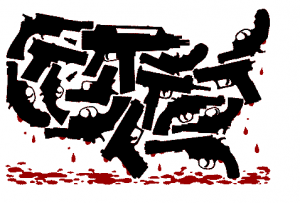 It appears to be among the least threatening of the actions for opponents of the President’s move to do something about the escalating gun violence in the country. If only the same can be said about the other 22 actions.

Within minutes of revealing his proposals, conservatives blasted President Obama.

“Nothing the president is proposing would have stopped the massacre at Sandy Hook. President Obama is targeting the 2nd Amendment rights of law-abiding citizens instead of seriously addressing the real underlying causes of such violence,” Sen. Marco Rubio, R-Fla., said. “Rolling back responsible citizens’ rights is not the proper response to tragedies committed by criminals and the mentally ill.”

Texas Gov. Rick Perry, in a written statement, said: “Guns require a finger to pull the trigger. The sad young man who did that in Newtown was clearly haunted by demons, and no gun law could have saved the children in Sandy Hook Elementary from his terror.”

While even the President admitted that “…there is no law or set of laws that can prevent every senseless act of violence completely, no piece of legislation that will prevent every tragedy, every act of evil…”, these 23 acts that the President signed go a long way to addressing the two realities of the gun violence problem that exist in this country and which conservatives are totally ignoring.

Who are the socially ill? A whole new debate could probably be sparked on how to define this segment of the population but suffice it to say that it includes the disenfranchised, the misguided individuals who think proving their worth to a gang family means killing someone or because society deemed their lives to be without value, they too see no value in others’ lives.

The socially ill don’t just show up one day at a school or movie theater, they’re walking the streets of depressed neighborhoods and city blocks every day, angry or strung out with something to prove. And though most of them probably don’t come by their guns legally, any law that makes getting a gun more difficult or pulls the most dangerous ones off the street or aggressively traces the origins and purchaser of the guns they use in a crime for prosecution does make the children in those neighborhoods safer.

Any law that restricts ownership or circulation of firearms makes the country safer. It’s something that Mexican activists feel is a step towards gaining peace in their own country. This week, Mexican activists delivered a petition to the U.S. embassy in Mexico City with more than 54,000 signatures, calling on the U.S. government to take further steps to combat weapons trafficking.

Even they realize it won’t solve their problem but it’s a start.

And it’s a place to begin at a time when cities here in the US are experiencing unprecedented gun violence.

The death toll by murder in Chicago over the past decade is greater than the number of American forces who have died in Afghanistan since the beginning of Operation Enduring Freedom, according to a police analysis.

Too often conservatives and liberals are only drawn to the issue of gun violence when it does include a mentally ill person committing mass murder but gun violence happening every day creates another kind of body count that can no longer be ignored or thought to be unpreventable.