LatinaLista — On a day that the Supreme Court has agreed to decide on whether the University of Texas’ race-conscious admission policies violate the rights of white applicants, there is some hopeful news that not all diversity initiatives are under attack. 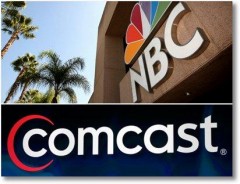 Today, Comcast cable company announced the launch of four minority-owned networks on its cable-TV systems in the next two years. These four are part of six new channels that will join the Comcast lineup in the next eight years as part of Comcast’s agreement with the FCC and Department of Justice when it was allowed to become majority owner of NBCUniversal.

Two of the initial networks chosen from a field of 100 proposals are geared to the Latino market — one in English and the other in Spanish.

El Rey, proposed by Hollywood director Robert Rodriguez and FactoryMade Ventures executives John Fogelman and Cristina Patwa, is designed to be an action-packed, general entertainment network for Latino and general audiences in English. The programming mix will include reality, scripted and animated series, and will feature Hispanic producers, celebrities and public figures. It launches January 2014.

BabyFirst Americas, from Spanish-language TV veteran Constantino “Said” Schwarz, is designed for infants and very young children, as well as their parents. It will emphasize the importance of early development of verbal, math and motor skills, the network said.

It makes sense that a cable system would provide programming that appeals to the diversity of its audience. It’s a firm acknowledgement that people are not the same — don’t laugh at the same thing, don’t see issues in the same light and don’t talk the same way, whether it’s with an accent or use of slang.

All arguments as to why programs meant to ensure diversity on college campuses must be preserved.

Otherwise, we’ll be graduating academically smart but ignorant people, who will expect all people of color to act like the characters on network television comedy shows.