LatinaLista — Every presidential campaign season heralds not just the usual grandstanding candidate debates, or the daily political campaign gossip passed off as news or the endless appearances by candidates delivering canned rhetoric on morning television and radio shows but it is also the start of the one true litmus test of public thought about the candidates — polls. 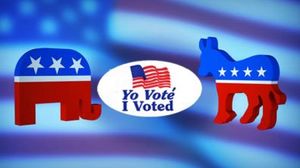 The latest poll trying to predict how Obama will do among Latino voters was released today. Commissioned by two conservative groups, the Hispanic Leadership Network and the Resurgent Republic, the poll surveyed 1200 Latino voters in three states: Colorado, Florida and New Mexico.

It wasn’t surprising that the main lead of the press release accompanying the poll was that Obama’s popularity was falling among Latino voters.

Compared to 2008 President Obama is underperforming among Hispanic voters, particularly in Florida and New Mexico.

Anyone who keeps track of the Latino electorate knows that Latinos, like the rest of American voters, are frustrated with President Obama with several issues.

Yet, in fairness, Latino voters aren’t crazy about the Republicans either. To its credit, this poll points out the deficiencies of the GOP when it comes to Latinos. The pollsters term Obama’s failings as “opportunities” for Republicans to do better with Latino voters.

Time will tell how much the GOP party values Latino voters. Yet, it’s clear that if the GOP doesn’t change its behavior towards the Latino community, Obama may not have to do anything to get Latino votes.

According to the poll’s findings:

Republican positions on immigration reform continue to be at odds with the overwhelming majority of Hispanic voters.

By large margins, Hispanics in each state support a version of the Dream Act – allowing the children of undocumented immigrants to attain legal residency if they complete college or serve in the military.

Republicans in Congress take the lion’s share of the blame for the government’s failure to pass immigration reform over the last few years, especially in Colorado and New Mexico.

“Conservative” is the dominant ideology among Hispanic voters, but these voters are not conservative across-the-board.

Democrats continue to hold advantages in party identification, as well as trust on most issues.