LatinaLista — After last night’s GOP presidential debate, the miserable performance of the one candidate who was the closest Latinos could call an ally — Rick Perry — means Latinos need to look elsewhere for their GOP candidate. 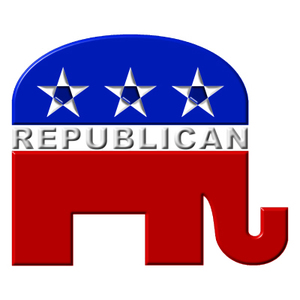 However, a new poll by Univision and Latino Decisions shows Latino voters already had their sights set on two other candidates.

According to the poll, Herman Cain was the frontrunner in garnering Latino support; Mitt Romney came in second place.

The poll surveyed 1,000 Latino voters. When asked if the election were held today who would they vote for, the overriding choice was a man undergoing accusations of sexual harassment.

Herman Cain emerges as the leader within the full sample, capturing 23% of all registered voters, and 24% of those who identify as Republican. The poll was conducted prior to a fourth woman emerging with specific allegations of sexual harassment against Cain, so it is likely that his support has dropped as a result of this recent development.

Mitt Romney comes in second among all voters, trailing Cain by 5% among Republican voters and registered voters more generally. While Rick Perry is within range of the two leaders, with 10% support among all voters, none of the other candidates reaches double-digit support from voters at this point in the race.

Yet, Herman Cain, nor the other candidates, can pocket the Latino vote just yet.

Another major finding from the survey is the lack of general familiarity with the Republican presidential candidates among the Latino electorate. Even if we isolate the three front-runners, a robust 35% of Latino registered voters had “never heard of” Herman Cain at the time of the survey, 25% “never heard of” Mitt Romney, and 19% “never heard of” Rick Perry.

These data strongly suggest that the Republican party has a great challenge facing them if they hope to secure a significant segment of the Latino vote in 2012, as a large portion of Latino registered voters do not know their candidates at this stage in the primary election.