LatinaLista — A new study released by the black youth project titled Turning Back the Clock on Voting Rights: The Impact of New Photo Identification Requirements on Young People of Color adds one more voice to the chorus of organizations, academics, politicians and individuals sounding the alarm to the threat against the voting rights of segments of the populations already considered disenfranchised. 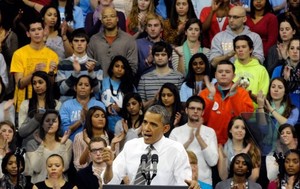 Claiming that ineligible voters or undocumented immigrants were supposedly casting votes in elections, states, with predominantly Republican state legislatures, passed laws requiring voters to show certain forms of ID — even though no proof has been presented to show that the voting process is being abused by people who are ineligible to vote.

However, in court case after court case, these laws are being overturned.

Court rulings in those states, which both parties claim they can win in November, could tip the presidential election if the race is as close as it was in 2000 between Al Gore and George W. Bush, said Rick Hasen, a law professor at the University of California, Irvine.

However, the fact that there are still legislators who would play with citizens’ right to vote to score political wins is unAmerican and repulsive, though it’s been happening, in one form or another, in pockets of the country for as long as the electoral process has been in place.

According to the black youth project report:

The report goes on to say that in those states that still have Voter ID laws on their books, turnout for young people of color could be reduced between 538,000 and 696,000.

Those are a lot of votes to be denied but more importantly, a lot of citizens whose rights will be violated.

Pennsylvania is the next state where voter id laws are being scrutinized by the courts. The black youth project report states that “if Pennsylvania’s photo identification law is upheld by the State Supreme Court, the 37,000 to 44,000 young people of color who may stay home or be denied the right to vote could certainly be a deciding factor in the state’s presidential contest.”

While most people, a.k.a. car drivers, don’t see what the big deal is for people not to have a photo ID, University of Washington political scientist Matt Baretto has found that more than 1 million registered voters don’t have a valid form of ID that would qualify to be used as a Voter ID.

As more young people turn 18 and gain the right to vote and the economy continues its snail pace of improvement making it difficult if not impossible for these new voters to secure a photo ID that is acceptable as a form of Voter ID, it’s a safe bet that young people of color will be denied their right to vote in those states that insist on playing with the political freedoms of the next generation — and setting a very bad precedent in the process.

featured, Voter ID, voting rights, youth of color
Previous Post Latina entrepreneur does her part to inspire people to vote in presidential election
Next PostSpotlight Nonprofit: Preparing low-income girls for a future in technology and engineering

Latina entrepreneur does her part to inspire people to vote in presidential election
Comment
Spotlight Nonprofit: Preparing low-income girls for a future in technology and engineering