LatinaLista — One of the numerous arguments conservatives and immigration restrictionists have historically used against undocumented immigrants is trying to convince the American public that where there are more (undocumented) immigrants, there are higher crime rates. 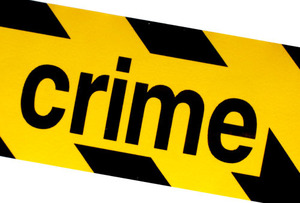 It didn’t matter that representatives from law enforcement and the FBI’s own uniform crime stats disputed this assertion. The discriminating lie has rooted itself in the public psyche to the point that gullible and desperate politicians use it whenever stumping for votes. It’s a sure-fire way to rile voters who don’t like “foreigners” in the first place.

So, it won’t be too surprising if politicians and immigration restrictionists ignore the latest study proving them wrong all over again.

The Annals of the American Academy of Political and Social Science published a study that found it’s not immigration that causes high crime rates but the neighborhoods themselves.

The researchers chose two cities impacted by immigration in different ways — Miami and San Antonio. They looked at national data comparing violent crime rates to immigration concentration levels. They analyzed the local data of each city looking specifically for drug and gang-related homicide information — information not available at the national level.

What the researchers found was “clear and unequivocal.”

The authors replicated an index of “disadvantage” that was created to statistically mimic economic disadvantage in urban neighborhoods and, using the local data, Martinez and Stowell were able to view the impact of immigrants on violent crime.

The bottom line was the same across all locations and time periods: more IMMIGRATION does not necessarily mean more homicide. As it turned out, location and neighborhood characteristics were the most significant influencers of homicide rates.

It’s common sense that in a neighborhood where a lot of crime is being committed it’s not by people who are working full-time jobs or going to college and have a goal for themselves in life.

As a way to solve the problem of high crime in these “disadvantaged” areas, the study’s authors suggest that communities do more to encourage these Latino residents to go into professional occupations.

If only it was that easy.

Until income inequality is addressed that allows disadvantaged Latinos to afford college or technical schools; the DREAM Act is passed that will give young Latino immigrants an equal chance at affordably attending college and getting a job after graduation; more anti-gang initiatives, pre-school learning facilities; and after-school programs keep their funding and are not deemed frivolous expenses, will the chances of these disadvantaged neighborhoods seeing a change for the better actually happen.

In the meantime, people will continue to manipulate the truth for their own advantage and at the expense of a growing demographic.