North Carolina’s Republican legislators conduct their own brand of outreach to Latinos, Blacks and low-income

LatinaLista — Whenever people talk about ‘voter suppression” and tie it in with such things as Voter ID laws, it usually elicits skepticism. After all, what’s wrong with having to show your ID to prove you have the right to vote? 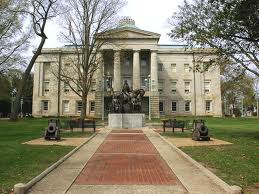 Well, a lot if 1. You don’t have a picture ID and 2. Poll attendees arbitrarily decide which form of ID is acceptable and which is not. However, even with these two scenarios, there would be many who would still not believe voter suppression exists.

A visit to North Carolina could change their minds.

Thanks to some vigilance by organizations like the North Carolina NAACP and the Advancement Project, it’s come to wider attention what North Carolina legislators are trying to do to tip the elections a certain way.

According to a press release by Advancement Project, North Carolina legislators in the state’s House and Senate introduced a range of election reform bills that “drastically roll back advances in voting and pile on new changes to deliberately restrict participation”:

HB 451 and SB 428: Cut a full week from the early voting period.
HB 451 and SB 428: Repeal same-day voter registration during the early voting period.
HB 451: Bans all early voting on Sundays.
SB 666: Prohibits the child dependency tax deduction ($2,500) for parents if their child registers to vote at a different address, such as the town or city where they attend school.
SB 666: Allows poll observers to move about more freely in the polling place, which creates more opportunities to intimidate poll workers and voters.
SB 721: Requires strict government-issued photo ID to vote.
SB 721: Enforces a 5-year waiting period, after a person convicted of a felony has served their time, before they can get their voting rights back (Having their rights restored must also be approved unanimously by their county board of elections).
SB 668: Amends the state constitution to disqualify voters deemed “mentally incompetent.”

These ‘reform’ measures are too blatant in their intent to be confused as a sincere effort to make the registration and election process more efficient and fair.

It probably should not be surprising that North Carolina legislators are doing this.

“Between 2004 and 2008, the state had the largest increase in voting in the nation. In 2012, North Carolina ranked 11th among all states in voter turnout. More than 65 percent of registered voters cast a ballot, well above the national average.”

It’s a crude legal attempt to shape political outcomes in North Carolina by shaping the electorate.

What’s next? A bill to establish a state religion?