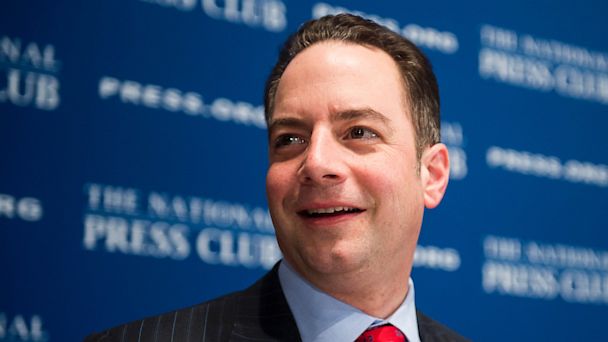 LatinaLista — Ever since it was made clear that Obama won his bid for re-election with the help of Latino voters, Republicans have known that they need to do more to convince us that they aren’t the political bad guys.

It’s a hard sell for them in light of stunts like Arizona’s Gov. Brewer who has banned issuing driver’s licenses to DREAMers granted deferred deportations and victims of domestic violence and human trafficking.

An editorial in the Arizona Republic even called out the governor for being “vindictive, spiteful, petty, short-sighted and childish” in implementing this ban.

It definitely makes the Republican case that they want to be the amigo of Latino voters that much harder to swallow — but it’s not stopping them from trying.

In fact, the Republican National Committee Chairman, Reince Priebus, wrote an open letter to his GOP colleagues, essentially giving them marching orders — “If you’re not engaging with the Hispanic community, you better get to work.”

In his letter, he reminds the GOP of the power of Latino voters, the failed promises of Democrats, tips on how not to turn off Latino voters — obviously Brewer didn’t get the memo — and how every GOP politician needs to include Hispanic media in their outreach.

Also, any engagement effort has a media component, and Republicans must engage with Hispanic journalists. If I can speak with Jorge Ramos and José Diaz-Balart about the future of the party, so can everyone else. Juntos podemos hacer más — together we can do more.

I’ve been around long enough to remember the days when Latino journalists, not just high-profile anchors and reporters from Spanish-language stations and papers, not only had access to GOP political candidates but were routinely included on press mailings and conference calls.

When McCain lost to Obama in 2008, there rose a tension between Latino journalists and most GOP politicians and their staff. Though it was never said directly, it was felt that Latino journalists were in part to be blamed for McCain’s defeat. From one day to the next, inclusion on conference calls and emails dried up.

Now, I’m lucky if I get a return phone call — am still waiting for someone from Raúl Labrador’s office to return my call. It’s bad enough Anglo Republicans diss Latino journalists but our own gente? Thankfully, there are some Latino Republican politicians who have never stopped taking calls from Latino journalists or following us on Twitter.

It will be interesting to see how many of the GOP heed Priebus’ ‘advice.’ For those that do, I have a few more consejitos:

1. Understand that Latino journalists are the same as other journalists — we have a job to do and try to do it in the most balanced and objective way possible.

2. Don’t be afraid to speak to a Latino journalist. Again, we have a job to do — informing our audience. If you feel like Latino journalists are out to make you look bad, we aren’t doing anything more than reporting on your policy stand and what you say in public.

3. Understand that Latino journalists are just the messenger and so help us to get the complete facts. Include us on your press lists and conference calls.

4. Take our calls and return our calls. It’s a basic matter of professional courtesy that should not be dictated by personal feelings. After all, you are a public servant and should be representing all the people.

5. Develop a thick skin and know that Latino journalists aren’t responsible for organizing protests, sit-ins, boycotts and other forms of expression that some in the Latino community have felt it necessary to do to get your attention. We merely report on their actions and your reactions.

If more in the GOP party adopted these attitudes, there’s no guarantee that the GOP message will be received any better by Latino constituents but it can be certain that your message will be delivered.