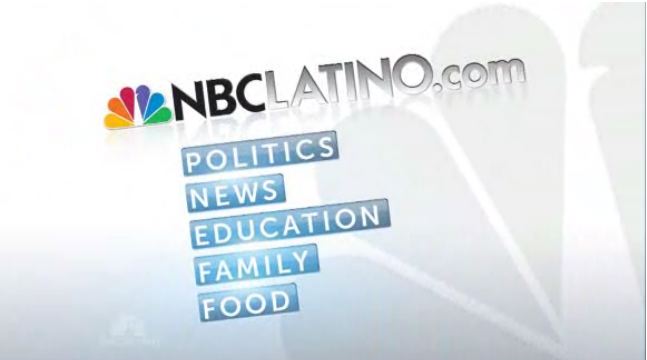 LatinaLista — Last November when NBC announced they were shutting down NBCLatino, their Latino-focused news site and entry into the crowded online competition for Latino readers/viewers, a spokesman for NBC said the closure of the site and funneling of readers to the main network news site:

“will allow its content to reach a much larger audience and it will further enhance NBC News’s commitment and ability to cover news and issues that matter to the Latino community.”

Some in the Latino community mildly voiced their objections but there was no viral campaign demanding NBC rethink their decision.

The overall feeling from those I spoke with, who were aware of the announcement, was that it couldn’t be a bad thing to have Latino news included on the main news site rather than segregated on a separate one, under a less-visited domain.

The trouble is no one understood, nor continues to understand, that a site focused on Latinos means Latinos, in essence, control the conversation.

As someone who was among the first to enter the online news space for Latino-centric content, I know how different editorial decisions are made in an environment that is focused on one demographic. The only time the issue of balance in content comes up is when deciding on how many stories to post featuring politics, lifestyle, health, etc. versus how many stories with a Latino slant can be posted before it’s perceived that the site is catering to one group over another.

Time will tell if NBC keeps its promise to incorporate more Latino stories in their mainstream mix. Last Friday, the doors quietly shut at the NBCLatino site.

As the Buzzfeed writer, and former NBCLatino staffer, who broke the news wrote:

Having Latino journalists in the newsroom is not some bullshit exercise on a diversity checklist, but an acknowledgement that the newsroom should reflect the country, the people you are writing about, the audience.

And to understand today’s audience, it’s imperative that the workforce not only be diverse but that management respects its reporters-and-editors-of-color and trusts their judgements on what is newsworthy for their respective communities so those kinds of stories are published or heard.

As many of my online Latino news site colleagues and I have shown, just because we all live in the same city doesn’t necessarily mean that we all care about the same issues or have the same quality of life.

NBC’s decision to fold Latino coverage back into its general coverage doesn’t bode well for the network if they look at NBCLatino as a failed experiment rather than a site testing how to improve network coverage of Latinos and taking those lessons learned and executing them.

If that fails to happen, then once again, Latinos will fail to be part of a conversation that is increasingly important for a community counting on strength in numbers.