Latina Lista: News from the Latinx perspective > Palabra Final > Immigration > Pew Hispanic reports Mexican migration no longer an issue, but will it make any difference to conservatives?

Pew Hispanic reports Mexican migration no longer an issue, but will it make any difference to conservatives?

LatinaLista — It doesn’t get any clearer than this, or as definitive, but the real question arising from today’s Pew Hispanic report, Net Migration from Mexico Falls to Zero—-and Perhaps Less, is if conservatives and anti-immigrant zealots will believe it. 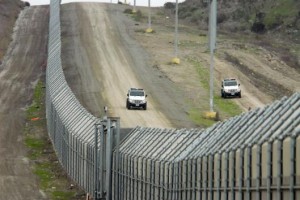 After studying data from five different Mexican government sources and four U.S. government sources, the report’s analysts found that changing conditions on both sides of the border have lead to a standstill in migration from Mexico.

“We don’t know whether the wave will resume, but we do know that the current standstill is more than just a temporary pause,” said Paul Taylor, director of the Pew Hispanic Center, a project of the Pew Research Center. “Net migration from Mexico has been at zero—-and perhaps less—-since 2007.”

Among the findings of the report:

Apprehensions of Mexicans trying to cross the border illegally have plummeted by more than 70% in recent years, from more than 1 million in 2005 to 286,000 in 2011—-a likely indication that fewer unauthorized immigrants are trying to cross. This decline has occurred at a time when funding in the U.S. for border enforcement—-including more agents and more fencing—-has risen sharply.

Although most unauthorized Mexican immigrants sent home by U.S. authorities say they plan to try to return, a growing share say they will not try to come back to the U.S. According to a survey by Mexican authorities of repatriated immigrants, 20% of labor migrants in 2010 said they would not return, compared with just 7% in 2005.

The data reinforces what local communities have been anecdotally reporting ever since states began passing anti-immigrant legislation but there are no high expectations that conservatives will stop parroting data from when unauthorized immigration was at its height.

They will surely say that there are still migrants from other Central and South American countries illegally crossing into the country, and that is probably true. Yet from the one country which yielded the most of its citizens to the U.S., it’s just no longer the case.

And because Mexico doesn’t lead the way anymore in immigrants aspiring to the American Dream, it means the number of illegal entries into the US is far, far less than what it historically had been.

So, where does that leave the debate on immigration reform?

Unfortunately, probably no more closer to being resolved than to where it was before this report.

To admit that the border is not so porous that it needs immediate attention before any kind of talk about reforming immigration policy begins makes the main argument of Republican politicians moot.

Talking about border security, or lack thereof, is one of the main issues (ultra) conservatives like to evoke to make it appear to their constituents that only they can save the nation from any imaginary invasion. If there’s no invasion, then no heroes are needed — or any party that insists the nation is still under assault.

It’s disappointing but it will take a lot more to make the GOP leadership acknowledge this data. I do have one suggestion:

In the first presidential debate between Romney and Obama, the report should be used by moderators when questioning Romney’s stance on immigration reform and let him explain why he discounts it, if he continues to do so at that juncture in his campaign.

For too long, advocates and supporters of the undocumented have allowed those opposing immigration reform to exaggerate and spread as truth misleading information about undocumented immigrants, the status of illegal border crossings, safety conditions along the border and the true number of border law enforcement officials who agree with the Pew report and dispute the findings perpetuated by the opposition.

The Pew Hispanic report is the first weapon that should be used to start fighting back against the strong current of misinformation that presently exists about border security and undocumented immigration. The next weapon is people’s voices speaking out about the findings of the report.

Only when people start speaking out, correcting false information and not letting misinformed politicians regurgitate erroneous information will anything begin to change — and the nation put on track to reforming immigration.