Latina Lista: News from the Latinx perspective > Causes > Crowdfunding > Crowdfunder: A film about immigration, fast food, and making your own justice

Crowdfunder: A film about immigration, fast food, and making your own justice 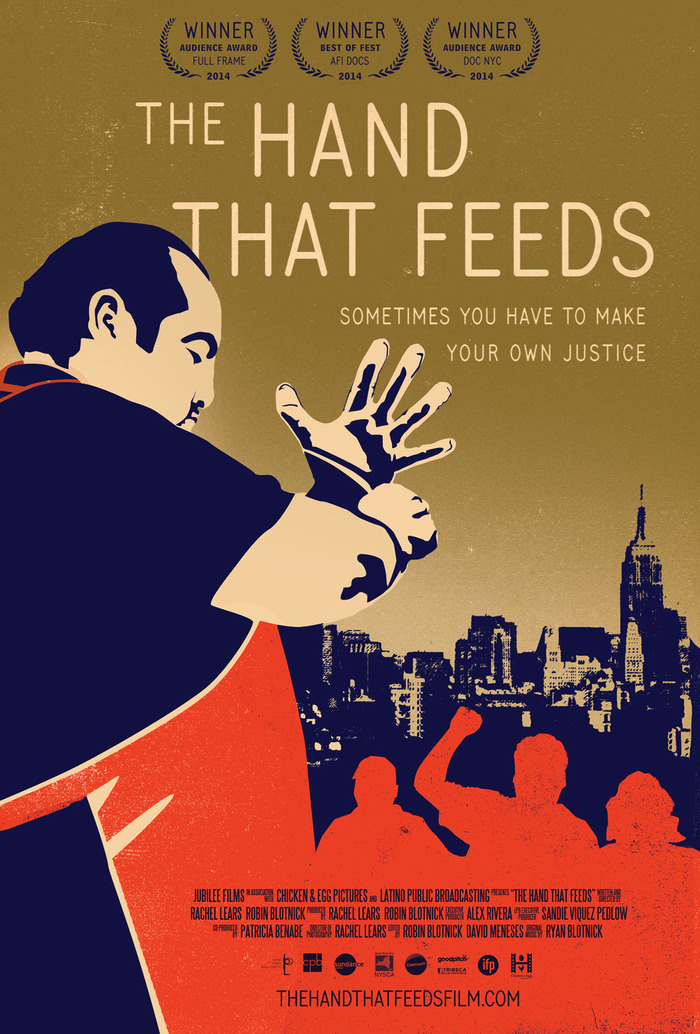 Campaign: Bring The Hand That Feeds to Your Community

The news can’t be turned on without hearing something about immigration, economic inequality, low-wage work (including fast food), or rising social unrest.

But how often is a feature documentary seen that explores these complex themes through a dramatic personal story?

Stories about labor, in particular, are few and far between, and victories are rare in social movements. Yet, the filmmakers of
The Hand that Feeds feel that it’s important to bring these sort of powerful, inspiring stories to wide audiences.

The Hand That Feeds tells a dramatic story of ordinary people taking huge risks to become heroes. At a popular bakery café, residents of New York’s Upper East Side get bagels and coffee served with a smile 24 hours a day. But behind the scenes, undocumented immigrant workers face sub-legal wages, dangerous machinery, and abusive managers who will fire them for calling in sick.

Mild-mannered sandwich maker Mahoma López has never been interested in politics, but in January 2012, he convinced a small group of his co-workers to fight back.

Risking deportation and the loss of their livelihood, the workers team up with a diverse crew of innovative young organizers and take the unusual step of forming their own independent union, launching themselves on a journey that will test the limits of their resolve.

In one roller-coaster year, they must overcome a shocking betrayal and a two-month lockout. Lawyers will battle in back rooms, Occupy Wall Street protesters will take over the restaurant, and a picket line will divide the neighborhood.

If they can win a contract, it will set a historic precedent for low-wage workers across the country. But whatever happens, Mahoma and his coworkers won’t be exploited again.

Filming began in 2012 and the film has been screened at various film festivals to rave reviews. But to get it to the next level, filmmakers want to build a movement.

The filmmakers are creating a people-powered distribution campaign to take
The Hand That Feeds to theaters and communities across the country. Today’s film distribution space is very crowded.

The filmmakers quickly realized if they wanted this story to get the attention it needs they would have to release it themselves. Many big commercial distributors don’t think there’s an audience for a documentary about undocumented immigrant workers standing up to their employers but these filmmakers want to prove them completely wrong!