Latina Lista: News from the Latinx perspective > Palabra Final > Politics > Guest Voz: Donald Trump is at it again. This time he messed with the wrong person.

Guest Voz: Donald Trump is at it again. This time he messed with the wrong person.

What else is new these past few weeks? But this time he may have gone too far.

At an Iowa press conference, Univision news anchor Jorge Ramos, a staunch supporter of immigrants in the United States, pressed Trump on his less than feasible immigration plan, which includes deporting 11 million human beings and building a 1,900 mile wall on the Mexican border.

“Sit down. You weren’t called,” Trump said to Ramos.

“Go back to Univision,” Trump said next. He then motioned to a bodyguard who escorted Ramos out of the room.

That’s right. Last night, Donald Trump, the leading GOP contender – the man who we have been told is now a viable presidential nominee but who will still need the Latino vote – booted the most prominent Latino journalist in the U.S. from a press conference.

In all fairness to the Trump camp (hmm), they did allow Ramos to re-enter the room. Later on, the two debated the finer points of the immigration plan during the same conference. But the damage had been done.

That footage ran on Univision this morning. It will run on the afternoon news report. And it will run again on the late night news.

“Mr. Ramos was doing what journalists have done for decades – asking questions!,” said Mekahlo Medina, president of the National Association Hispanic Journalists in press release.  “Ramos was simply trying to hold a candidate for president accountable for statements he made about a very important topic to the American people. Mr. Trump has avoided Mr. Ramos’ attempts for an interview to reasonably discuss Mr. Trump’s opinions and ideas about immigration and American children born to undocumented immigrants.”

But here’s why that may sting the GOP field as a whole. Ramos does not shy away from criticizing politicians who oppose immigration reform. He definitely doesn’t back down from taking shots at the ones who vocalize animosity toward immigrants.

Ramos will continue to stick “republicano” in front of every anti-immigrant related comment or policy that comes up this election season (more so now given what happened yesterday).

And considering his influence among Latinos, it will make it that much harder for the eventual GOP nominee to get the necessary 47 percent of the Latino vote to win the White House.

GOPers had better hope that Jeb Bush or Marco Rubio can turn this current Republican race around because they don’t fare so poorly among Latinos. 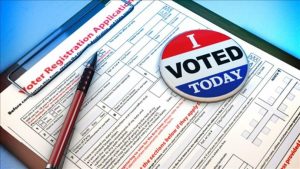