Latina Lista: News from the Latinx perspective > Palabra Final > Politics > Look at what the White House just released to justify the Trump administration’s own policy of separating immigrant children from their parents 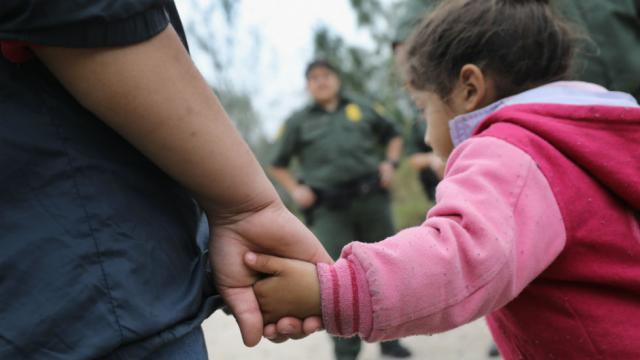 If there is one real truth about Trump and his White House staff, it’s that they lie. They distort facts, they take things out of context to purposely create a narrative that makes Trump look either like the victim or the victor.

Just when we thought Trump and his ‘people’ could drag the rest of us no further down in global shame or embarrassment, or appall us any worse than all the times he’s come across as the dumbest and unclassiest person to occupy the Oval Office, we are witnessing this administration carry out a UN-condemned policy that is beyond atrocious.

Because Trump refuses to acknowledge that the policy of separating children from their parents at the border is of his and Attorney General Jeff Sessions own invention and application, and continues to publicly blame Democrats for it, the White House has released the most contemptible piece of propaganda to ever carry the White House heading.

In this ‘factsheet,’ the White House justifies separating thousands of immigrant infants, toddlers, young children and teens from their parents at the border because of the 3 families (listed on this sheet) whose children were homicide victims of undocumented killers.

To equate these children with hardened drug and gang members is an example of a White House following a man whose own sense of decency and morality is nonexistent.

Yet, how moral and decent are we as a nation that we don’t demand that our Congress, state legislators, governors and local leaders unite in sending the White House a clear message that we can no longer sit idly by while thousands of children are being further traumatized simply because their parents were trying to protect them from a deadly violence back home, not realizing they would face another kind of violence that no one could have imagined would happen within our borders.

The following is what was released by the White House this afternoon.

THE WHITE HOUSE
Office of the Press Secretary
FOR IMMEDIATE RELEASE
June 15, 2018

RESULTS OF CONGRESSIONAL DEMOCRATS’ DANGEROUS IMMIGRATION POLICIES
“We must restore integrity and the rule of law at our borders.” – President Donald J. Trump