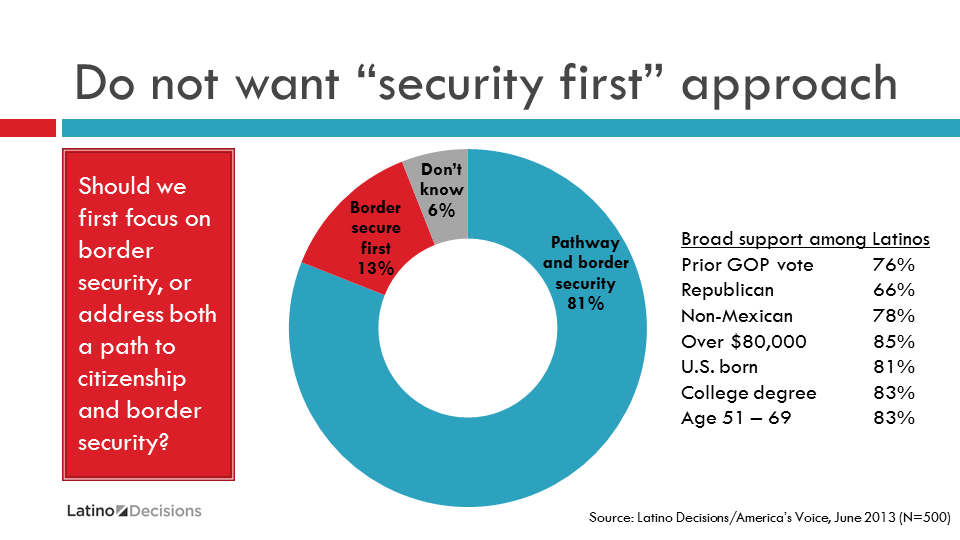 LatinaLista — During the start of today’s senate debate on immigration reform, Republican Sen. Ted Cruz from Texas took the podium and candidly declared his prediction for the passage of the bill: It would pass the Senate but ‘crash’ in the House.

He then went on to lament the fact that none of the five amendments he had come up with, which in his opinion would have fixed the current bill, were approved. He didn’t say specifically what were in those amendments but only described them in general terms: border security, citizenship and legal immigration.

However, in reviewing the amendments Cruz proposed, there’s a reason why both sides of the aisle axed them.

Cruz offered an amendment that would have created a three-year period, during which security would be increased, before the estimated 11 million currently undocumented immigrants could apply for legal status.

Two other Cruz amendments would have increased the number of high-skilled temporary workers and the number of total immigrants allowed into this country legally each year.

Cruz’s final two amendments dealt with the 11 million who are in the country illegally. The first stated flatly that “no person who has previously been willfully present in the United States while not in lawful status shall be eligible for United States citizenship.” In one sentence, Cruz would take the path to citizenship out of immigration reform.

The final amendment said that “aliens who have entered or remained present in the United States while not in lawful status shall not be eligible for means-tested benefits.”

While the content of these amendments is nothing new — these have been common Republican arguments against starting or implementing any kind of immigration reform all along — the amendments do stand in stark contrast to what the majority of the 9 million Latino residents of Texas want.

Yet, what Latino constituents want back in Texas seems to matter little to Cruz or Texas’ other senator, John Cornyn. So, no doubt a new poll by Latino Decisions and Presente.org will most probably be ignored by these two and other uncompromising conservatives — and those Democrats who lean more anti-immigrant than compassionate.

But the poll, released today, is a good indicator that the battle for immigration reform isn’t about politics for most Latinos but a humanitarian issue.

A revelation from the poll was the fact that while over 80 percent of those surveyed admitted to following the news on the immigration debate in Washington, fewer are familiar with the border security provisions of the bill. But before anyone seizes this as a sign that Latinos really don’t care about immigration reform, it’s worth noting (again) that immigration reform isn’t a political issue for the Latino community, it’s a humanitarian one and an issue that’s just common sense legislation needed to catch up with the reality that already exists.

(Editor’s note: The last paragraph was changed to reflect the correct percentage of Latinos who were following news of immigration reform.)

As the White House gears up for senate debate on immigration reform, Obama preaches to the choir
Comment
Guest Voz: Faced with foreclosure, the last thing to do is 'do nothing'