Peru: An election countdown to change and social unrest 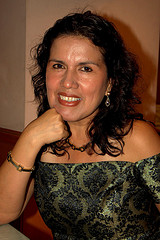 LIMA, PERU — June 5th is the scheduled date for the second round of voting in Peru’s presidential elections. Polls indicate that the percentage of distance between the two candidates, Keiko Fujimori (Fuerza 2011) and Ollanta Humala (Gana Peru) has increased a bit, breaking their previous virtual tie. There now exists a difference estimated somewhere between 4.2 percent and 2.4 percent, according to the three most recent polls.

Those two polls count only valid votes, do not count blank and null votes, but Datum (another pollster) does, and estimates that Keiko Fujimori will obtain 44 percent and Ollanta Humala 40.8 percent, as well as 10 percent of blank votes and 4.2 percent of null votes. 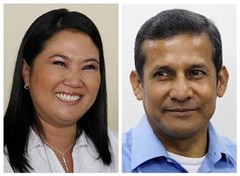 These are the plain statistics, the facts, or at least what numbers tell us about what might happen in Peru on June 5th. However, what math can neither measure nor show is the extreme polarization that the Peruvian society is currently undergoing, at all levels.

In fact, for many Peruvians, voting in this second round means “choosing between AIDS and cancer”, as Nobel-awarded Mario Vargas Llosa put it a few weeks ago, and certainly the campaign strategies of both candidates are not making this election any easier.

They are both focusing on touching two of the Peruvian society’s most sensitive no-no buttons: inflation and terrorism.

Grossly simplifying, Keiko Fujimori offers order and economic stability by maintaining the current economic status-quo and applying some reforms, like allegedly granting social and laboral rights, and uses Humala’s closeness to Venezuela President Hugo Chavez to warn the electors against the dangers and chaos that an eventual Chavez-like government of Humala might bring to Peru.

On the other hand, Humala promises “a great social change” to allow all Peruvians to reach justice and prosperity, and reminds his supporters that human rights were systematically violated during Alberto Fujimori’s government.

In a country that lost almost 70,000 of its citizens while struggling against terrorism during some 20 years, and where hyperinflation once hit the record of 2,775 percent (in 1989), using these facts as fear tools to disqualify the rival and win votes is not a kid’s game. In fact, it’s open war.

As local journalist Jackeline Fowks explains, “Fear, in a society that has lived through terrorism, is gasoline next to a lit match.”

And it’s more than obvious that this odd gasoline is being freely spread around, with the convenient help of many media sectors, in order to increase the small gap between Fujimori and Humala, since the percentage of currently undecided voters ranges between 10 percent and 13 percent, according to the polls.

Widely backed by the lowest economic sectors of a country where poverty reaches 30 percent according to official figures, Humala has been trying to put distance between his radical background and his run for office in order to convince middle-class and upper-class voters that he will not roll back years of free-market reforms that have been currently guiding Peru’s booming economy.

Meanwhile, Keiko Fujimori’s electoral promises, as well as her father’s background, have earned her the support of most of the Peruvian business community, including many newspapers and related media.

She is currently focusing on getting rid of the ghosts of corruption and human rights abuses that took place during her father’s dictatorial regime, in an attempt to convince undecided voters.

The polarization among Peruvians is very visible every day in the streets, in the markets, at the universities, at workplaces, and on social networks, where everyone seems to be either encouraging his/her friends to vote for this or that candidate, or openly bullying those who say that do not agree with the suggestion.

There have been incidents of threats and attacks to some journalists, for example, allegedly demanding more objectivity and less bias in their coverage.

Although the trend seems favorable for Keiko Fujimori, there’s still room for surprises.

No one can predict for sure what will happen in Peru on June 5th. However, there’s something that should not be a surprise: no matter who wins, the gap between winner and loser is not likely to be big, and due to the strong polarization of the electorate it’s not difficult to see that a great number of Peruvians will not be happy with the results.

It’s a situation that might worsen current unsolved social conflicts and create more social unrest. We can only hope that the next government would be able to handle such a situation, if it should arise, to make this change of leadership an easier transition.
Learn more about Isabel

With a Master’s degree in Communications from the University of Lima’s School of Communication Sciences, Isabel specializes in covering stories regarding art and culture.

She also has an interest in photography, especially the area of photo journalism. She is a contributing photographer for Getty Images Latin America. Her photos can also be found in her Picasa Photo Album and in her fotoblog Bubblepics.

As if her photography doesn’t keep her busy enough, Isabel maintains the blog Las Burbujas Recargadas while also lecturing at the San Martin de Porres University’s School of Communication and serving as an author for Global Voices Online.