LatinaLista — As the summer of 2011 goes down in the record books as being the summer of the most extreme weather and natural events — months of consecutive days in the triple digits, unprecedented flooding in the northeast, severe drought in the southwest, tornados, hurricanes, earthquakes, etc. — most people understand that the planet is sending a message. 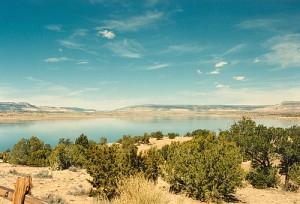 If anything, it’s a message to be better stewards of the planet. A new bipartisan poll of New Mexico’s Latino population’s attitude towards conservation, conducted by the Latino Sustainability Institute and Project New America Latino, reveals that the state’s Latinos know that when the planet is healthy, so are the people who share it.

In the following post, Arturo Sandoval, executive director of the Latino Sustainability Institute, and Jason Leon, managing director of Project New America Latino, share the results of the poll and explain how it clarifies the issues of importance to New Mexico’s Latino population.

Sometimes communities are put into neatly defined categories and politicians work hard to keep them there.

Why? Because it’s easier to develop policy when people are easily defined.

But a new poll commissioned by our organizations is sure to put conventional wisdom on its ear and shake up some of those neatly defined categories when it comes to Latino attitudes toward conservation.

Before, politicians thought Latinos viewed conservation through the environmental-justice and land-use lens. Though those issues are incredibly important, this poll shows a much deeper and more nuanced view of the environment and the importance of conservation.

Overwhelmingly, New Mexico Hispanics showed a deep concern for the environment and strong support for effort to protect and preserve threatened land and water resources.

In fact, here are just a few of the key findings from the poll:

Hispanic voters have serious concerns about a wide range of conservation issues, particularly drought and water scarcity, forest fires, pollution of air and water, and the loss of natural wildlife habitats. This includes a total of 91 percent of Hispanics voters concerned about water scarcity and fires and 87 percent expressing concern about pollution in drinking water, lakes and rivers.

Hispanic voters overwhelmingly favor continuing federal funding for the Land and Water Conservation Fund. Seventy-three percent of Hispanics back protecting the fund, which uses royalties collected from off-shore drilling to build local parks and preserve land and water resources such as the Valles Caldera.

There is broad support among Hispanic voters for designating additional public lands as national monuments in New Mexico (58 percent support and 35 percent oppose) and protecting them from development. New Mexico’s National Monuments, such as Carlsbad Caverns, White Sands and Bandelier have created thousands of jobs and attracted millions of visitors to our state since they have been created. Currently, there is a move afoot in the U.S. House of Representatives to limit the President’s ability to designate national monuments, despite more public input into such designations than ever before.

A strong majority of Hispanic voters (54 percent to 34 percent) support limiting how much cattle grazing can be done on public lands in order to protect the land from overuse.

You can view the entire polling memo at the Latino Sustainability Institute’s web site.

Clearly, politicians and policymakers who take the Hispanic population for granted when it comes to our attitudes on conservation are missing the boat and more importantly, they are missing out on reaching a growing and vital population in the United States.

Issues such as preserving the Land and Water Conservation Fund, which has built thousands of parks and protected millions of acres from development; and ensuring that the Antiquities Act remains a vital mechanism for protecting areas of cultural and natural significance matter to Latinos.

In fact, these issues matter as much as they matter to anyone who sees that clean water and a healthy environment go hand in hand with a desire for jobs and prosperity for all.

Our ultimate hope is for our leaders to realize that the conservation ethic cuts across racial, ethnic or cultural divides, and that just because a community has not traditionally been outwardly vocal about the importance of conservation, that does not mean it’s not important to that community.

The proof, as they say, is in the numbers.

Sandoval is Executive Director of the Latino Sustainability Institute, which is based in New Mexico. León is the Managing Director of Project New America Latino, a national Latino strategy firm based in Washington, DC.