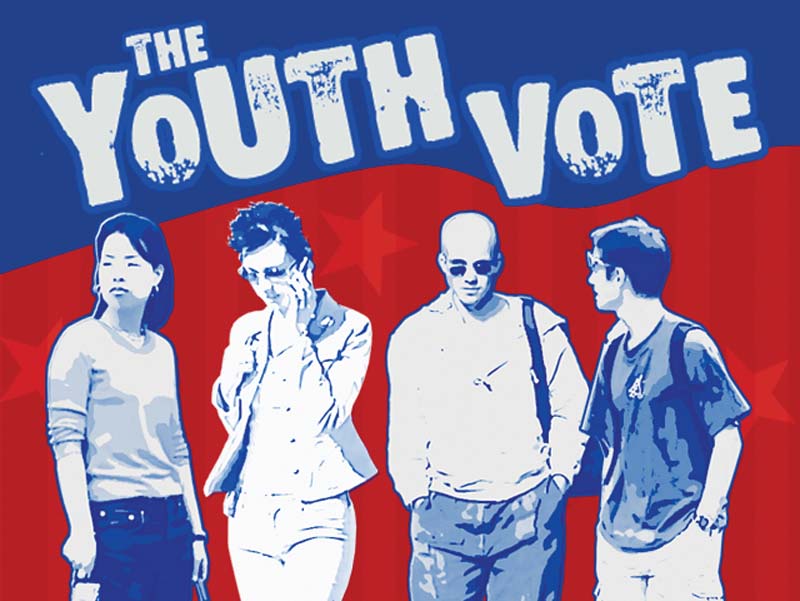 LatinaLista — With the line blurring between politicians and celebrities, it’s no wonder that voting rates among young voters (18-29) has fallen off over the last few years. In Hollywood-speak, there isn’t a “box office” name at the polls that has captured the attention or generated the enthusiasm among young voters since Obama ran in his first election in 2008.

In fact, just when it looked like young voters were going to prove all those critics wrong who can’t resist describing today’s youth as “slackers,” the U.S. Census released a report that found the voting rates among young adults fell from 44.3 percent in 2008 to 38 percent in 2012.

On the surface, it would seem that because there is no political star that resonates with young voters that this segment of the voting population is quickly erasing all the gains they’ve made in the last decade — but not so fast.

The census report does show that in those states where older voters are civically engaged at the polls, the example rubs off on younger voters.

…young-adult voters have tended to be more engaged, relative to one another, in states with older populations that are highly engaged as well. At the very least, this suggests that low voting rates among young adults can vary according to geography and other factors.

And another bright spot is that the older we become, the more inclined we are to vote.

…Americans 65 years of age and older voted at higher rates than all other age groups in 2012, a result consistent with the last five presidential elections.

While young voter turnout continues to fluctuate at the polls, and the report clearly illustrates that young voter engagement is always low compared to the rest of the voting population, social media participation by young people shows that they can and do want to be engaged and care about a variety of issues.

The key is to reform the voting system and make it not only convenient to these digital natives but show that it is a reflection of their voices in an arena where they feel voiceless and powerless to change things.